Over 500 families move out from Lagos four-storey distressed… 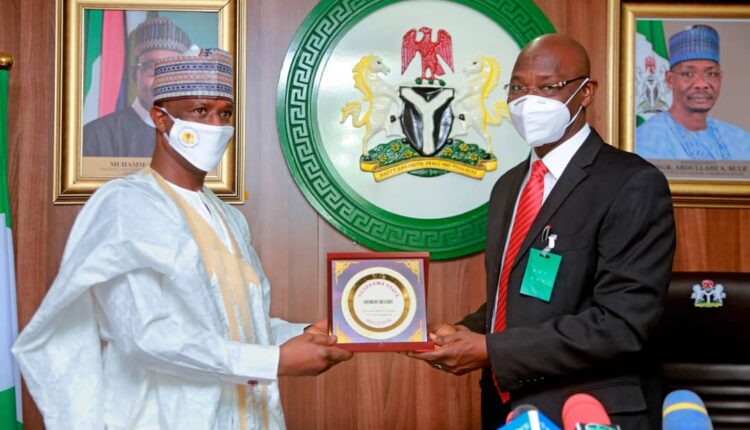 The Nasarawa State Governor, Abdullahi Sule, has said that plans are being concluded to promote inclusiveness and enhance ease of doing business aimed at positioning the state as investors’ destination of choice.

He explained that the need to create enabling environment for businesses to thrive thereby adding value to the economy that would enhance development of the state to enviable height necessitated the move.

The Governor said that his administration was committed toward ensuring reforms and amendment of necessary policies for ease of doing business across the state.

Speaking when the Chadian envoy to Kano, Assair Ali, at the Government House in Lafia recently, Sule said that his state was receptive to investors from Chad and other places globally.

He also commended the Chadian envoy for the visit, which he claimed, would go a long way in promoting Chad-Nigeria relations through mutual cooperation and business interest.

While speaking earlier, Ali who recommended Chad as an investment destination for businessmen from Nasarawa state, explained that his country was not only peaceful and secure, but also economically stable, making it a safe place to invest.

According to him, Chad is a good place to invest especially in mainstream agriculture, livestock development and mining and that there abound opportunities for Nasarawa entrepreneurs to set up companies in Chad.

“We want your business community to identify with our potentials, especially now that our government seeks to transform Chad into an emerging economy in the next few years, by increasing the role of the private sector in the economy, especially through Foreign Direct Investment.

“Agriculture accounts for a sizeable percentage of the country’s total gross domestic product, GDP, and the government is willing to give incentives and ensure that investments are protected,” he said.

The envoy who noted that his country was determined to cement its long standing brotherhood with Nigeria, added that many Chadians are engaged in legitimate businesses in Nigeria while Chad was also home to many Nigerians.
“People of Nasarawa state and other Nigerians have socio-cultural similarity with Chadians, but there is the need to strengthen economic cooperation”, he stated