NANS to Fayemi: You have abandon parents of slain FUOYE students 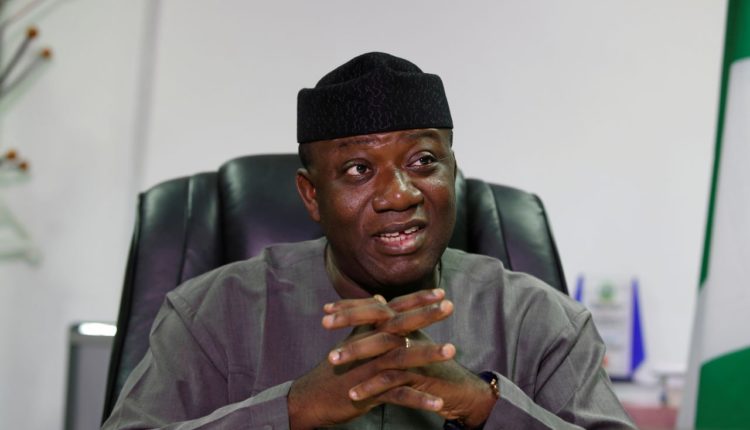 The National Association of Nigerian Students (NANS) has said that  Governor of Ekiti State, Kayode Fayemi and his wife, Bisi Fayemi, have abandoned parents of the two students of the Federal University of Oye Ekiti, who were allegedly killed by policemen during a protest last week.

NANS also alleged that a paralysed student and others injured during the incident were lying helplessly on hospital beds with no financial aid from Gov Fayemi and his wife.

The student body had on Wednesday, September 11, condemned the alleged killings of two students of FUOYE, and injuring of others by security details attached to Chief (Mrs) Bisi Fayemi; wife of Ekiti State Governor, Kayode Fayemi.

The students – Dada Kehinde Abiodun, a part one student at the Department of Crop Science and Horticulture and one Joseph Okonofua, were allegedly shot dead during a students protest by security personnel suspected to be in the convoy of Bisi Fayemi.

But Fayemi’s wife had denied ordering the police to shoot the protesting students, while his husband has also directed the police in Ekiti to investigate the matter.

“The Ekiti Governor promised through the pages of the newspaper that he will stand by the bereaved parents but, all to no avail.The government of Ekiti has abandoned the students in the hospitals including one of them, who became paralysed after the horrible incident and currently bedridden at the Lagos University Teaching Hospital (LUTH).”

NANS in a statement made available to newsmen said, “After a two-day fact- finding in Ekiti State on the killings of two of our students and many injured one FUOYE, led by the National President of the National Association of Nigerian Students, NANS, Com. Danielson Bamidele Akpan, National excos and other members of the entourage, more secrets have been discovered against the lies the Ekiti state government has fed the public, and still intend to feed the public with.”

The statement signed by its Spokesperson, Azeez Adeyemi, however, said these many alarming revelations would be relayed to the public later, adding that “since our God is a God of Vengeance we are sure that, justice will be dispensed accordingly.”

“The first lady lied without remembering she is a mother and her husband is abetting her as well. Till today when we spoke to the families of the deceased, paralysed and severally injured students on phone, they are still crying, but that doesn’t matter to the governor of Ekiti State.”

He spoke further that, “We however appreciate the members of the public, especially the Ekiti State people, who have called us, and those who have physically given us information and moral supports. We pray that you all will not lose your children and evil will not befall your families.

“We however appeal to the unsuspecting members of the public, to be on the alert not to give any money to anyone under the guise of students leadership on this unpalatable incident. We would also appreciate if the public can promptly report any case of extortion to the office of the National Public Relations Officer through the following telephone numbers – 0703 618 1697 or 0703 189 6233.”

“However, this incident does not give a leeway to the government of Ekiti State to maltreat our students in any form, thinking the killing will deter them from protesting. Protests started before the wife of the Ekiti state Governor was born and she can’t stop students protest in her life time. Evil shall befall the evil doers as the righteous shall continually enjoy the grace of God,” the student’s body said.

Zidane, Courtois, others under attack after Real Madrid’s 3-0 loss to PSG