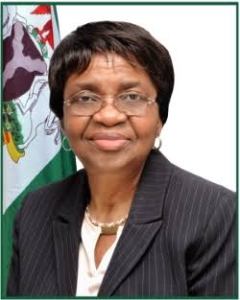 The National Agency for Food, Drug Administration and Control (NAFADAC) has warned Nigerians against adding chemicals and additives to food and drinks to enhance taste, stressing that such practices could result in severe illness and even death.

The Director General of NAFDAC, Prof. Mojisola Adeyeye, who gave this warning in a statement signed by Resident Media Consultant, Sayo Akintola, on Sunday, said the agency would stop at nothing to ensure that only safe food and other regulated products are available in the market for consumption and use by Nigerians.

Prof. Mojisola Adeyeye made this known while speaking against the backdrop of the recent Kano incident where three people reportedly died as a result of their consumption of dangerous chemicals used as additives while serving a flavored drink to unsuspecting consumers in the ancient city.

She disclosed that a preliminary result of the agency’s investigation was submitted to the Kano State governor, Dr. Abdullahi Ganduje during her two-day visit to the state on an on-the-spot assessment of the incident.

Prof Adeyeye noted with regret that three fatalities were recorded with many people having their health compromised. “Even if just one person died; that will be one too many’’, she said, stressing that it is heart-warming to note that all the merchants of the deadly chemicals and additives have been apprehended while further investigation continues.

According to her, the importance of food cannot be over-emphasized. She however, noted that “but when dangerous foreign elements find their way into our foods and water, then they become poisonous rather than being nutritious.”

She pointed out that food contamination and poisoning could occur through consuming expired food. The NAFDAC boss added that food poisoning could also occur by preparing food with poorly sourced water and putting cooked food on the shelf for several days or months: or in the refrigerator for too long amongst others.

“We are very particular about food additives, about the temperature at which a food can be kept, or about the expiration date of food. If all of these are violated, then there could be food poisoning,” she said, adding, whether it’s food or water, adding chemicals and other substances either to enhance the food or change its form can be dangerous especially when we can’t verify the source and content of such additives.

Prof. Adeyeye disclosed that NAFDAC is now working assiduously in partnership with the Kano State government with a view to preventing the recurrence of the March 11, 2021 incident. She said that her agency will be working with Kano State Task force under the Federal Task Force on Counterfeit and Fake Drugs and Unwholesome Processed Foods, which is domiciled in NAFDAC, and the Nigeria Consumers Protection Agency in Kano.