PDP, APC in war of words in Osun State over performance… 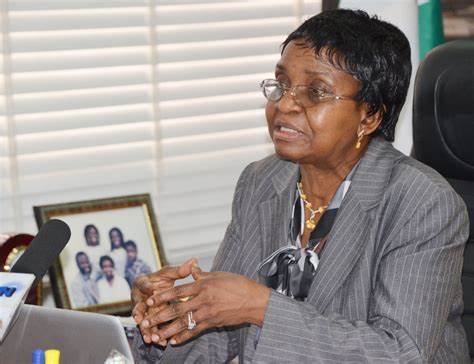 The National Agency for Food, Drug Administration and Control (NAFDAC) has advised Nigerians to ensure the Astrazeneca vaccine being administered on them had the original label.

The agency said that the warning had become imperative in line with its mandate to ensure Nigerians did not risk being vaccinated with the fake Astrazeneca vaccine.

NAFDAC Director-General, Prof. Mojisola Adeyeye, said that the move was not to discourage Nigerians but to ensure the people do not fall victims to face vaccine jab that might likely be in circulation soon.

Through a statement released to journalists on Sunday in Abuja, the agency’s Director-General, explained that the original Oxford Astrazeneca University (AZOU) vaccine, had been contracted to India’s world largest vaccine manufacturer, Serum Institute of India (SIIPL), to produce in large quantity.

“AZOU gave the license of its vaccine to Serum Institute of India PVT Ltd, (SIIPL), to manufacture this vaccine at a commercial scale. SIIPL is the largest vaccine manufacturer in the world and the company got the license by signing the manufacturing agreement.

“SIIPL gave the vaccine the trade name COVISHIELD, it is the result of a cooperation and a technology transfer from AstraZeneca – University of Oxford to SIIPL.

“SIIPL is now the world’s largest vaccine manufacturer by number of doses produced and sold globally.

Adeyeye added that the vaccines manufactured by SIIPL were accredited by the World Health Organisation (WHO), and were being used in about 170 countries across the globe in their national immunisation programme.

According to Adeyeye, ChAdOx1 nCoV- 19 coronavirus vaccines (Recombinant), COVISHIELD, was granted Emergency Use Listing (EUL) by the World Health Organisation on Feb.15, and that it was one of the listed vaccines under the COVAX Facility.