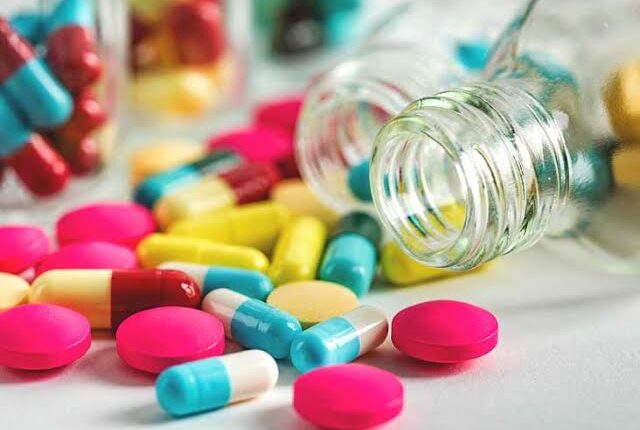 The National Agency for Food and Drugs Administration and Control (NAFDAC) has arraigned a 43-year-old businessman, Afamefuna Udensi, before a Federal High Court in Lagos, on alleged importation of fake Tramadol drug.

The defendant was being prosecuted by NAFDAC on charges bordering on alleged importation of fake Tramadol drug. The suspect was arraigned on three counts of importation as well as sale of fake and unregistered drugs.

He, however, pleaded not guilty to the charges before Justice Daniel Osiagor. After the plea of the defendant, Defence Counsel, Emeka Okpoko (SAN), on Wednesday informed the court that the defendant was granted administrative bail by the police, and urged to appear for his arraignment.

He told the court that he had yet to file his motion for bail and so, would do the needful in no time. The court, consequently, adjourned the case until November 15, for hearing of the bail application.

The judge ordered the defendant to be remanded in the correctional service Alagbon, pending bail. In the charges, the prosecutor, Chinyere Okoli, told the court that the defendant who resides at No 2, Ezinwanne St. in Onitsha, Anambra, committed the offence on October 26.

She said that he had imported 100g of Phini Tramadol which were discovered to be unregistered and consequently fake. She said that the offences contravened the provisions of sections 1(c), 1(1) and 3(1) of the Counterfeit and Fake Drugs and Unwholesome Processed Foods, (Miscellaneous provisions Act, Cap C34, Laws of the Federation, 2004.

The offence also contravened the provisions of section 1(1) of the Food, Drug and Related Products (Registration) Act, Cap F33, Law of the Federation, 2004. According to NAFDAC , Phini Pharm (belonging to Udensi), in a premeditated attempt to beat NAFDAC PID at the port of entry, concealed the fake products with furniture and motor spare parts in groupage from China.

“The original product that NAFDAC registered belongs to Macdec pharmaceutical. The counterfeiter counterfeited first, the registered version and secondly, the Phini Tramadol 100mg using the NAFDAC NO: of the Macdec. A random sample purchased from the market before investigations led us to Udensi (suspect)’s which had zero active ingredient.

“On receipt of the petition, the Investigation and Enforcement Directorate team liaised with Inspector-General of Police Intelligence response team (IGP-IRT) and the petitioner to track, trace and arrest the suspect connected to the case,” the agency said.

NAFDAC said that the I&E directorate also gathered intelligence on a warehouse at Onitsha, Anambra, belonging to the Clearing Agent of the suspected kingpin of the syndicate and a raid was conducted.

During the operation, operatives recovered 171 cartons of products purportedly smuggled in from China and it was observed that some of the cartoons had the names of the suspect written on them.