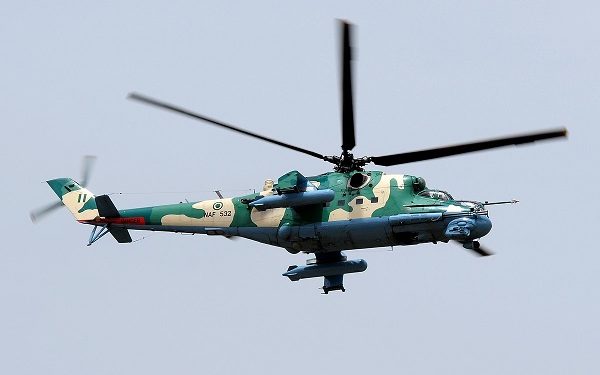 The Nigerian Air Force (NAF) has disclosed that its air component of Operation Lafiya Dole attacked no fewer than thirty-three Boko Haram targets in the last four months, thus recording 1,700 flight hours during the period under review.

It said the attack was in line with the sustained efforts of the Armed Forces towards eliminating remnants of Boko Haram Terrorists (BHTs), bandits, and other terrorists in the North East region of the country.

Amadi, gave the statistics while briefing the Chief of the Air Staff (CAS), Air Marshal Sadique Abubakar, during the CAS’ Operational visit recently to NAF Base, Maiduguri, according to a statement by the  NAF’s Director of Public Relations and Information (DOPRI) Air Commodore Ibikunle Daramola.

According to him, the onslaught was part of the Armed Forces resolve in regaining the territories where remnants of Boko Haram are hiding and restore normalcy back to the North East region of the country.

“The ATF had continued to pursue its mandate of contributing to the total defeat of the BHTs in order to bring peace to the North East. In the First Quarter of 2020, the ATF had conducted several subsidiary independent operations including Operations RATTLE SNAKE 2 & 3 and Operation DECISIVE EDGE, while also providing effective support for the Multi-National Joint Task Force (MNJTF) and allied partners in order to decimate, dislocate and deny the BHTs freedom of action.

“The ATF, with its sustained aerial bombardments of identified BHT targets, has continued to shape the battlespace to create the enabling environment for the Operation LAFIYA DOLE (OPLD) Land Component to operate more effectively as evidenced by the successes recorded in the ongoing joint subsidiary operation, codenamed Operation KANTANA JIMLAN,” the statement read.