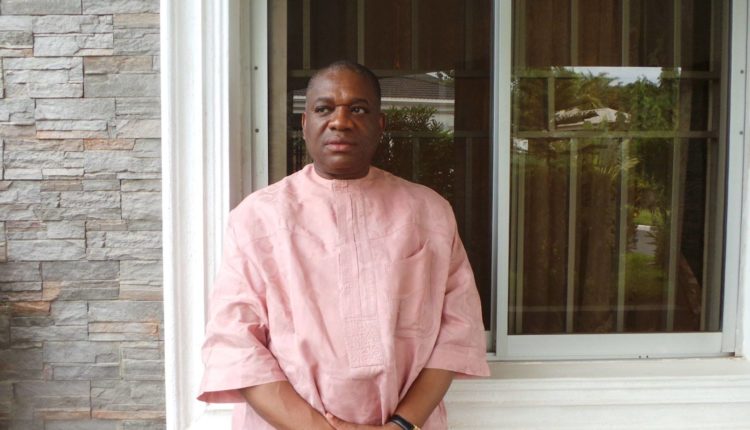 The Economic and Financial Crimes Commission, EFCC, on Thursday, December 5, 2019, secured the conviction and sentencing of a former governor of Abia State, Orji Uzor Kalu, to 12 years imprisonment for a N7.65bn fraud before Justice Muhammed Idris sitting at the Federal High Court in Ikoyi, Lagos.

Kalu, who is the Senator representing Abia North in the National Assembly, was  arraigned alongside his company, Slok Nigeria Limited and Udeh Udeogu, his Director of Finance and Accounts at the  Abia State Government House over an amended 39-count  charge for conspiring and diverting the sum of  N7.65bn from the coffers of the state.

Delivering his judgment on Thursday, Justice Idris found the defendants guilty on all counts, stressing that the case was conclusively investigated.

“No gaps were left unfilled; this is the acceptable practice. The first defendant failed in his obligations under the law. He acted contrary to his codes of conduct and will be dealt with accordingly.

“No evil deed will go unpunished. The offences are anti-human; it is condemned worldwide because it is a crime against humanity.”

The sentences will run concurrently.

Justice Idris further held that Kalu’s company, Slok Nigeria Limited, the third defendant, be wounded up and all assets forfeited to the Federal Government.

The defendants had earlier pleaded not guilty to the charges brought against them by the EFCC, thereby leading to their full trial.

In the course of the trial, the prosecution counsel, Rotimi Jacobs, SAN, called 19 witnesses and tendered several documents that were admitted in evidence by the court.

The defendants, however, testified on behalf of themselves during the trial.

The parties, during the proceedings on Tuesday, October 22, 2019, adopted their final written addresses.

Jacobs further stated that the second defendant had already admitted to the offence both in his extra-judicial statement and under cross-examination.

“The admission is binding on all the defendants,” Jacobs said.

However, the defence counsel had urged the court to “dismiss the charges, acquit and discharge” their clients.

In his alloqutus, counsel to the first convict, said his client “is a first-time offender and has no criminal record. He has thousands of employees depending on him for survival. He also has health issues. We, therefore, want the court to take this into consideration in giving out the sentence”.

Counsel to the second convict also asked the court to temper justice with mercy, saying his client “has no criminal record.

“He was a public servant who diligently served ABIA State. He acted in the moment of indiscretion and this should not be the only basis to adjudge his career.”

In his response, the prosecution counsel, Jacobs, said: “Though there is no record to show any criminal records involving the defendants, the court has sent a message to the world not to allow their personal interest to conflict with the interests of Nigerians, because no matter how long it takes, they will not escape the wrath of the law.

“This case started in 2007 and the convicts filed series of applications to stall this case. For 12 years, the people of Abia have waited for this day and it is here, when they can reclaim all that was taken from them”.

He also urged the court to wind up the company as provided by the Law and all its assets forfeited to the Federal Government.

No youth will be left behind in Africa’s devt.- AfDB, ECA, UNDP