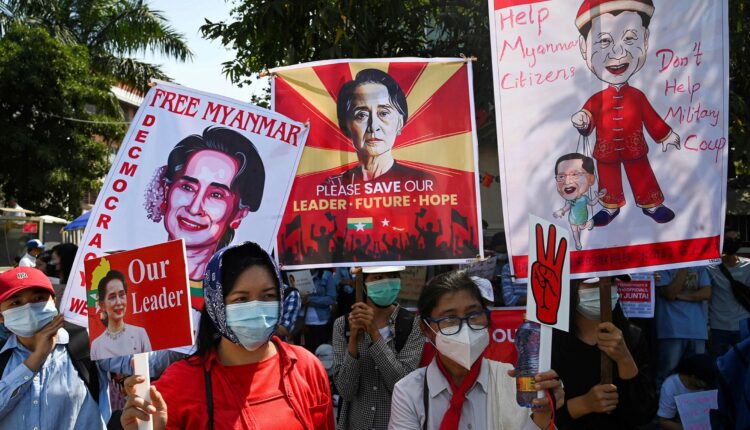 The Myanmar military leader has released hundreds of demonstrators placed under detention for protesting against the administration after ousting the democratic elected government in the country.

As gathered, the protesters were conveyed by over 10 buses that drove out of Yangon’s Insein jail after they were set free by the military administration.

Meanwhile, in compliance with the military leader order for a silent strike, businesses in Yangon have remained shut while streets were deserted.

Speaking on the release on Wednesday, a member of a legal advisory group to the protesters said that atleast 15 buses were used to convey the demonstrators out of the correctional center.

He added: “All the released are the ones arrested due to the protests, as well as night arrests or those who were out to buy something”.

The Assistance Association for Political Prisoners (AAPP) activist group disclosed that at least 2,000 people have been arrested in the military crackdown on the protests against the Feb. 1 coup.

On the silent strike, many businesses were seen underlock while few vehicles were seen on the road in Yangon, the country’s biggest city.

An illustrator and activist, Nobel Aung, said: “No going out, no shops, no working. All shut down. Just for one day. The usual meat and vegetables vendors on the street didn’t show up”.

A teacher in the Kyauktada district said the roads were deserted, saying, there aren’t many people in the streets, only water delivery men.

The strike came a day after staff at a funeral service in Mandalay told newsmen that a seven-year-old girl died after sustaining bullet wounds in the city, the youngest of about 275 people killed in the bloody crackdown experienced across the country.

Soldiers shot at her father but hit the girl who was sitting on his lap inside their home, her sister told the Myanmar Now media outlet. Two men were also killed in the district, it said.

The junta has faced international condemnation for staging the coup that halted Myanmar’s slow transition to democracy and for its lethal suppression of the protests that followed.

It has tried to justify the takeover by saying a Nov. 8 election won by Aung San Suu Kyi’s National League for Democracy (NLD) was fraudulent – an accusation the electoral commission has rejected. Military leaders have promised a new election but have not set a date and have declared a state of emergency.