Nobody gives us money for Buhari’s solidarity march-… 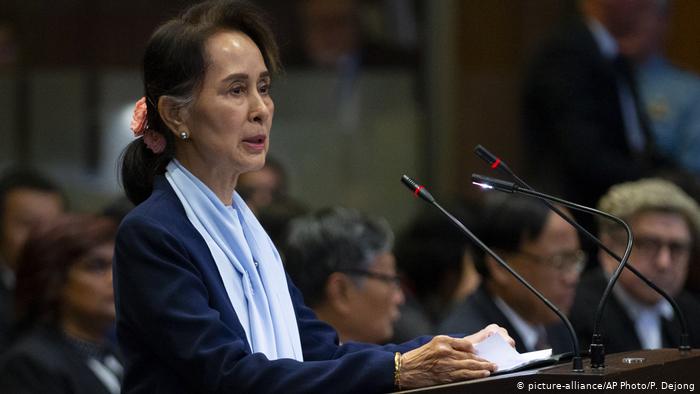 The junta spokesman, Brigadier General Zaw Min Tun, said that Suu Kyi had accepted illegal payments worth $600,000, as well as gold, while in government, according to a complaint by a former chief minister of Yangon, Phyo Mien Thein.

“He strongly said that,” the spokesman told a news conference. “We have verified those facts several times. Now the anti-corruption committee is continuing the investigation.”

“We have learnt Daw Aung San Suu Kyi herself took this $600,000 and seven visses (11.2 kilograms) of gold. The anti-corruption commission is investigating,” the military’s spokesman Zaw Min Tun told reporters in the capital Naypyidaw on Thursday.

However, a member of the dissolved parliament belonging to Suu Kyi’s National League for Democracy, Aye Ma Ma Myo, rejected the claim.

Meanwhile, an advocacy group said that security forces killed 12 protesters in one of the deadliest days since the military took power

The bloodshed came hours after the U.N. Security Council had called for restraint from the army, which has been trying to put down daily anti-coup protests and paralysing strikes since it took power on Feb. 1.

Among the dead were eight people killed in the central town of Myaing when security forces fired on a protest, the Assistance Association for Political Prisoners (AAPP) said.

In Myanmar’s biggest city, Yangon, protester Chit Min Thu was killed in the North Dagon district. His wife, Aye Myat Thu, told journalists he had insisted on joining the protests despite her appeals for him to stay home for the sake of their son.

“He said it’s worth dying for,” she said through her tears. “He is worried about people not joining the protest. If so, democracy will not return to the country.”