My wife impacted positively on me- Sanwo-Olu 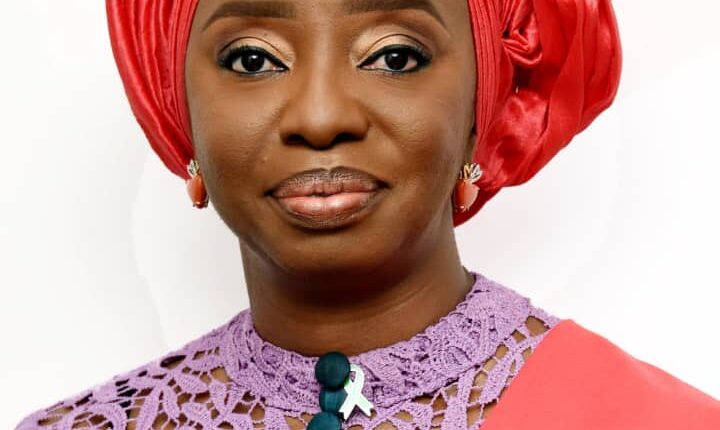 The Lagos State Governor, Babajide Sanwo-Olu, has said that he will continuously love and cherish his wife and First Lady of the State, Ibijoke, due to the positive impact she has had on him, the children, and other members of their immediate as well as extended families.

Sanwo-Olu said that the first lady is a good, caring, and loving wife, as well as a compassionate and committed mother that had over the years inculcated in their children ethics and values that have continuously made them good citizens of the country.

While describing his wife as courageous, amiable, and kind-hearted as well as his strong pillar of support, the governor noted her support over the years on the children and him, particularly during the 2019 gubernatorial election campaign were immeasurable.

Sanwo-Olu disclosed this on Saturday through a congratulatory message signed by his Chief Press Secretary, Gboyega Akosile, celebrating the wife and First Lady on her 55th birthday.

He said the First Lady, a thoroughbred medical practitioner who represents the league of the brightest minds and pride of the profession, had touched the lives of millions of Nigerians and Lagosians, first as a medical practitioner and currently as First Lady of Lagos, since his assumption of office on May 29, 2019.

”On behalf of the good people of Lagos State, I heartily congratulate my beloved wife, friend and reliable partner of many years, on the occasion of her 55th birthday.

”Attaining the age of 55 years in grace, elegance and good health is worth celebrating because of her remarkable contributions to the family, the medical profession, Lagos State, and humanity,” the governor said.

Sanwo-Olu stressed further that over the years, his wife, who is also his best friend, has contributed immensely to the health sector, especially as a medical practitioner in Lagos State Civil Service.

He said: “You served Lagos State Government passionately for over 25 years, climbing the ladder to become the Chief Medical Director and Chief Executive Officer at Harvey Road Comprehensive Health Centre in Yaba and later at the General Hospital, Somolu.

“You are one of my backbones and great supporters during the electioneering that brought me into office on May 29, 2019 as the 15th Governor of Lagos State. You contributed and participated in the Health Mission of our campaign train that transversed all the nooks and crannies of the state, especially the grassroots, and riverine communities to offer free medical services to millions of Lagosians, particularly the needy and the downtrodden, who couldn’t afford to pay for such health services.

“Since you became the First Lady of Lagos, you have shown passion and commitment to issues relating to health, women, and the girl child. And as women and children advocates, you have been vocal in your campaign against sexual and gender-based violence, especially on issues affecting the younger generations. As the chairman of the Committee of Wives of Lagos State Officials (COWLSO), you have also provided leadership for women to support their husbands in public offices.

“Ibijoke, you are a woman I will continue to cherish and love because of your positive impact on my life, our children, our immediate and extended families, and Lagos State. You are a good, caring, and loving wife, a compassionate and committed mother to our children.

”On this occasion of your 55th birthday, I pray that God will continue to be with you, grant you good health to enable you to render more service to our beloved dear State, the medical profession, and humanity.”