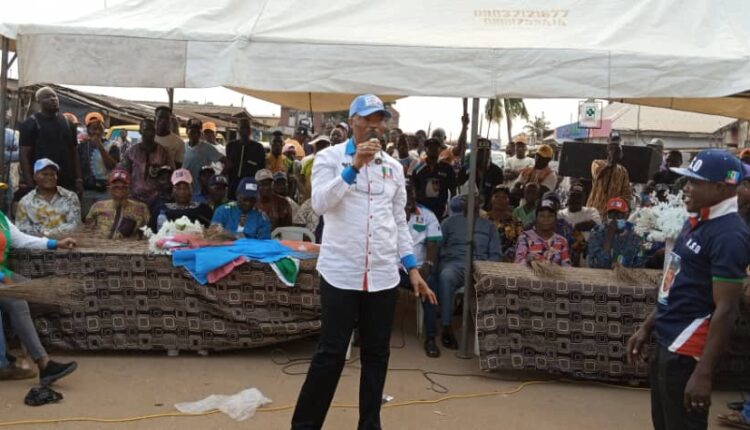 The chairman of Egbe-Idimu Local Council Development Area (LCDA), Kunle Sanyaolu Olowoopejo, has said that his re-election by the electorate is a victory for the council, just as he promised to run an inclusive government.

Sanyaolu, who cautioned his supporters to be magnanimous in victory and not humiliate those that lost out at the poll, assured that the mandate given to him would be held jealously and that the residents would not regret their actions during the election, saying even development would be sustained.

The chairman, who contested the poll on the platform of All Progressives Congress (APC), made the promise after officials of the Lagos State Independent Electoral Commission (LASIEC) declared him winner of the council election conducted yesterday across the council and other 56 Local Governments and LCDAs in the state.

While toeing the line of the State Governor, Babajide Sanwo-Olu, and other chieftains of the APC on voter apathy, the chairman assured that he would introduce programmes that would sensitize residents on the importance of election exercise to the country’s developments.

Sanyaolu emphasised that the policies and programmes would be introduced to prepare the residents of Egbe-Idimu for the 2023 general elections in order to prevent voter apathy.

He said: “The victory will not be taken for granted; this is the victory for the entire Egbe-Idimu LCDA. I know how we fought to ensure that APC becomes victorious during the just concluded poll. I want to embrace everyone today because there is no winner or loser. And this is because we have to be magnanimous in victory.

“If we all go out today, we all will understand that the people did not turn up for the exercise across the council. And that means that there is a job to be done before the 2023 general elections because it is around the corner. We need to ensure that eligible voters cast their votes during elections particularly for our party, APC, and give the party a more resounding victory at the poll”, Sanyaolu added.

According to the chairman, I promise that I will never disappoint the residents and party members that have worked for the victory that the party enjoyed today.