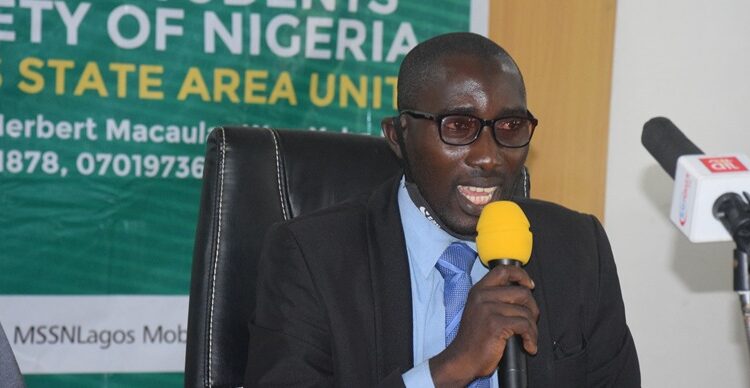 Students, under the aegis of Muslim Students’ Society of Nigeria (MSSN) has thrown their weight behind Federal Government over ban placed on microblogging platform, Twitter, operation across the country, saying the decision was in the best interest of Nigeria and Nigerians.

As part of its endorsement, the student body asked its area councils, branches, and professional fora in local governments, schools, and higher institutions across Lagos State to suspend the use of Twitter for publicity and other operations.

The Amir (president) of the MSSNLagos, Miftahudeen Thanni, in a notice to its organs contained in a press statement made available to journalists on Tuesday, directed all its organs to immediately suspend usage of the platform.

“Kindly suspend the addition of Twitter handles/addresses and icon(s) on MSSNLagos publicity materials (texts, electronic or printed). This notice is hereby directed to the leadership of all organs and hierarchies in the Area Unit. This takes immediate effect.”

Thanni explained that while the federal government may not be doing enough in other areas, such as security, the MSSNLagos was convinced that defying the government’s directive suspending Twitter was unnecessary.

He explained that though Muslim students have been victims of human rights violations and harassment through the denial of their rights to wear the hijab, the recent moves by the federal fovernment are needed in securing lives and property.

According to him, no sane organisation would support actions against freedom of expression and association and the Federal Government must avoid policies and actions against press freedom. This is despite that the unity of Nigeria is paramount and must be defended.

“While we believe that social media, including Twitter, can be better regulated beyond suspension, we will defend the sovereignty of Nigeria which should not be toyed with. The double standards employed by Twitter on sensitive happenings of #EndSARS and destruction by IPOB members cannot be ignored.

“As much as we hope that the president acts swiftly on issues of insecurity and shows leadership, Twitter must ensure that its platform is not used to escalate crisis and mobilise attackers of the nation’s infrastructure. We appeal to the Federal Government and Twitter to find a common ground. Until this is done, we will obey the suspension order.

“The Federal Government has to look into restoring orderliness beyond suspension and address other sundry issues affecting Nigeria. Like many Nigerians, we are unhappy with happenings in the country. For some time, security challenges have risen at an alarming rate. The country’s education and judicial sectors have been consistently hit by strikes. There are other issues that the FG should consider paying greater attention to.”

Thanni, who reiterated that MSSNLagos was against calls for secession, condemned the killings of people in Igangan area of Oyo State and abduction of students in different parts of the country.

He said, “We are for one Nigeria. The call for secession will further compound the problems of Nigeria and it is not in any way the solution to the challenges facing the country. We are against the removal of any leader through undemocratic means.

“It is high time we all helped the government to tackle some of the challenges it is facing. Things have gone beyond being partisan or excessively regional or religious. The killings of people in Igangan is not only senseless but wicked. Rather than join the blame game, we will continue to pray to God to heal our nation and expose those behind the evil deeds. We pray to Him to give us leaders that have the love of the people.”