APC prescribes questioning on violence during… 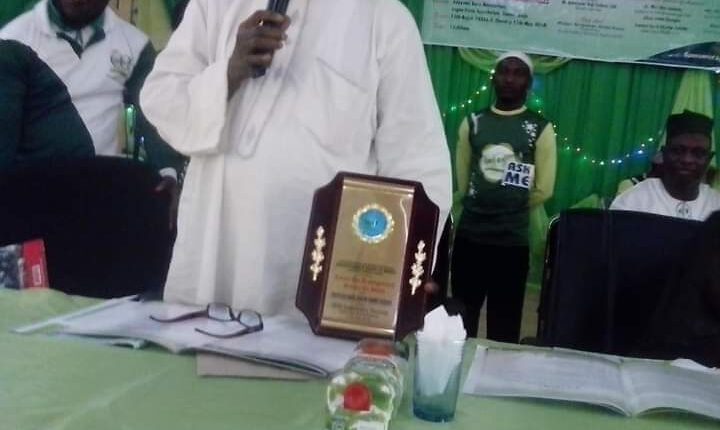 The former president, Muslim Students’ Society of Nigeria (MSSN), Prof. Huseini Abdulkareem, has died at the age of 82 after brief illness.

Abdulkareem, who was the first Dean, Faculty of pure and applied Science, International University of Africa Khartoum Sudan, was said to have breathed his last yesterday and buried according to Islamic rites.

In his condolence message contained in a statement on Monday, Thanni, commiserated with the entire AbdulKareem family, praying that Allah will give them the fortitude to bear the loss.

According to him, the impact, contribution, and solid foundation laid by the late Prof Hussein Abdulkareem remain the pillars that sustain society to date.

“He will be greatly missed as a father, mentor, and selfless leader of MSSN family because of his contribution to both society and academic field. He is a credible mentor and fatherly figure worthy of emulation. We commiserate with our MSSN National body ably led by Mallam Shehu Abubakar, on Professor’s demise,” Thanni said.

Thanni prayed to Allah to accept the return of the late former National president and accept his contributions to the growth of Islam in the country.

The students’ leader who would on Tuesday, December 28, 2021, declare open the 111th edition of the Annual December Islamic Vacation Course with the theme, “The real world order”, also urged leaders and members of the society to pray for the departed soul of the late professor as they participate in the week-long vacation course ending January 2, 2022.

He was a visiting professor of Medical Biochemistry at LASU college of medicine. He wrote many articles journals on Biochemistry, he published books on various topics and more than thirty papers presented at international conferences all over the world.

He also won many international awards including NATO in 1970 ,1976 and 1978 respectively in USA Cambridge, England in United Kingdom. He was nominated in 1999 as THE INTERNATIONAL MAN OF MILLENNIUM by International Biography Centre Cambridge, England. He founded Malaria Research Group in LASU.

He was one of the president, National Amir Dawah research Foundation, he is grand patron of IZHARUL HAQ DAWAH movement of Nigeria. Patron of Association of Ratibi Imams of all mosques in Shomolu area in Lagos State
Before his death.