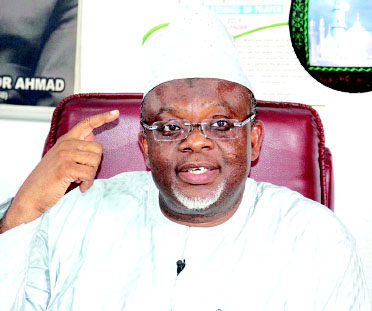 The Ahmadiyya Muslim Jamaat, Nigeria, has called on leaders across all government tiers and public office holders to approach governance with an act of sacrifice and serve the public for free or settle for downward review of salaries and renumerations as part of measures to save the country’s economy and protect it from sliding into another recession.

The Muslim association said that by serving for free without salaries and allowances or cutting down on it to reflect the current reality, the country would be able to save a huge amount and bridge part of loopholes that would contribute to national economic recovery.

The Amir (Head) Ahmadiyya Muslim Jamaat, Nigeria, Bar. Alatoye Azeez, said that with free service from the country’s highest political office holders, including President Muhammadu Buhari, Vice-President, Yemi Osinbajo, 36 State Governors, and members of the National Assembly, among others, Nigeria stands to benefit more as there would be enough to expend on developmental projects.

According to him, aside from taxing Nigerians, there is a need for political leaders across the country to sacrifice their salaries and remunerations and serve freely as is in the case of our economic predicament where income is not sufficient to cover operating expenses.

“it will not be too much if all the political leaders in government in Nigeria can serve for free without salaries or any allowances. This is because they are already well to do and it will be an act of sacrifice on their part if they can contribute to national economic recovery,’’ Azeez said in his 2021 Eid ul Adha (Sallah) message, contained in a statement by the association’s General Secretary, Abass Iromini.

The Ahmadiyya president also urged the government to pay more attention to the security of the people, economic emancipation, and elimination of the endemic corruption as well as desist from interest-based loans to avoid war with Allah.

According to him, the government must equally allow freedom of expression and allow the existing laws to deal with the purveyor of fake news. Azeez also urged Nigeria and Nigerians to obey the will of Almighty Allah in all respects as Muslims celebrate the feast of sacrifice – Eid Ul Al Adha.

While noting that the general economic hardship in the country has deprived many Muslims to afford killing ram, Azeez reminded those who can afford to sacrifice a ram to remember its significance as stated in chapter 22:38 of the Holy Qur’an: “Their flesh reaches not Allah, nor does their blood, but it is your righteousness that reaches Him. Thus has He subjected them to you, that you may glorify Allah for His guiding you. And give glad tidings to those who do good.”