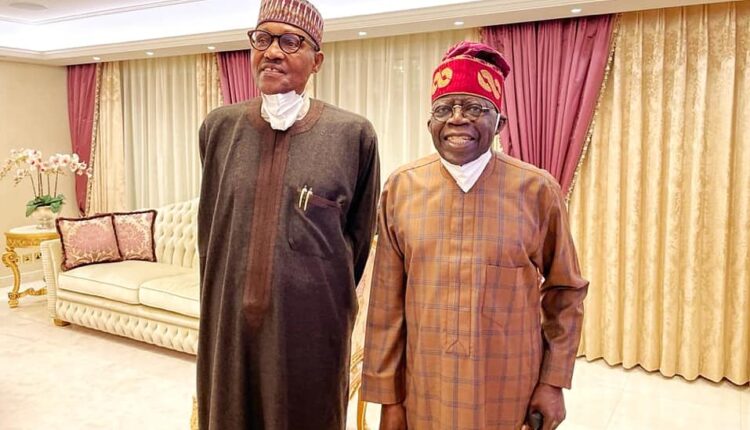 Share
As public discourse in Nigeria zeroes in on the 2023 presidential election, an Islamic human rights organisation, the Muslim Rights Concern (MURIC), has picked the National leader of the All Progressives Congress (APC), Bola Tinubu, Lagos State Deputy Governor, Obafemi Hamzat, Minister of Works and Housing, Babatunde Fashola, and five others as suitable Yoruba Muslims that could succeed President Muhammadu Buhari.
Others listed by the group were: Minister of Interior, Rauf Aregbesola, Joint Admission and Matriculation Board (JAMB) boss, Prof
Ishaq Oloyede, Senator Fatai Buhari, former Commissioner for Home affairs in Lagos, Dr. Abdul Lateef Abdul Hakeem.
The group through a statement released on Monday and made available by Director of the group, Prof. Ishaq Akintola, said that the list should further remind all political parties of it’s firm preference for a presidential candidate from the Yoruba Muslim stock.
According to the group, these and many other Muslims of Yoruba stock have distinguished themselves at different public office they had occupied previously across the country.
MURIC argues that no Yoruba Muslim has ever occupied Aso Rock either as a president or vice president since indepence in 1960 whereas three Yoruba Christians have enjoyed that luxury.
The Muslim group noted that it has decided to end the Yoruba Muslims alleged marginalisation beginning from 2023, saying on Yoruba Muslim presidential candidate we stand.
MURIC stressed that it had no favourite political party, noting, any political party that picks a Yoruba Christian as its presidential candidate in 2023 should ” simply kiss Yoruba Muslim votes goodbye. No political party should tell us that they cannot find competent Yoruba Muslims”.
The statement reads in part: “As public discourse in Nigeria zeroes in on the 2023 presidential election, we see the need for us to reiterate our position on the need for a Yoruba Muslim presidential candidate from the South West. This we find necessary in view of the proclivity of Nigerians for mass amnesia.
“We find it necessary to reaffirm our position today because presidential candidates are now warming up while the political parties are mapping out their strategies for 2023. This is the time to send out a reminder to the leadership of all political parties.
“The circumstances which led to those statements are as valid today as they were in February 2021 when we issued the first statement. No Yoruba Muslim has emerged as president since independence. Mathew Olusegun Obasanjo has been president twice: once as a military head of state (1976 – 79) and as a civilian president (1999 -2007). Earnest Shonekan was an interim head of state (August 1993 – November 1993). Today we still have a Yoruba Vice President who is also a Christian (Professor Yemi Osinbajo).
“In the same vein, it has been persecution and stigmatisation galore for Yoruba Muslims since independence. They are denied almost all civil liberties. Admission seekers who are Muslims are denied attractive courses in tertiary institutions. It is easier for an elephant to pass through a needle’s eye than for a Yoruba Muslim graduate to secure employment. Yoruba Muslims are marginalized in political appointments.
“To make matters worse, Yoruba Muslim women who use hijab are deprived of the dividends of democracy in several ways. Many cannot get international passports, driving licences and voters registration cards because they are asked to remove their hijab for capturing. School authorities take the cue by humiliating hijab-wearing female Muslim students and the courts in the South West are littered with litigations on this ignoble stereotyping.
“MURIC’s office has been inundated with complaints of profiling of Muslims and flagrant infringements of their Allah-given fundamental human rights. Yoruba Muslims are denied rights which are clearly written in the constitution and which their fellow Muslims enjoy in Northern Nigeria. What government officials and workers dare not try with Muslims in the North are perpetrated in the South West with shocking impunity. We therefore assert clearly, unequivocally and authoritatively that Yoruba Muslims are endangered species.
“It is our belief that Yoruba Muslims need federal might to eliminate or at least scale down the tornado of oppression and the Tsunami of anti-Muslim sentiment that pervades the South West. Only a Yoruba Muslim president who knows what has been happening can do this effectively. Who feels it knows it.
“For microscopic clarity, however, we assure Nigerians that our desire for a Yoruba Muslim presidential candidate is not for a pound of flesh from Yoruba Christians and their government officials who have been oppressing Muslims in the region for ages. Rather it is for a president who will rescue Yoruba Muslims from the shackles of religious apartheid without denying the Christians their fundamental human rights.
“Again, it is important to state that this is not a categorical statement for the rejection of a Christian presidential candidate in Nigeria. This statement is on the South West alone. We have no objection to a Christian from any other part of Nigeria emerging as the presidential candidate. What we are saying is that a Muslim should be picked if the 2023 presidential candidature is zoned to the South West by any political party.