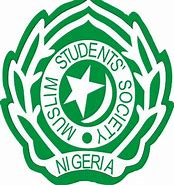 The leadership of the Muslim Students Society of Nigeria (MSSN), Lagos State Chapter, has announced cancellation of its Islamic Vacation Course (IVC) which was scheduled to have held in April, 2020, stating that the move was as result of health risks posed by large gatherings due to coronavirus incidences in the country.

The body explained that the global scourge of the novel viral infection had made it necessary for bodies and organisations to take steps aimed at protecting their members, and that consequent cancellation of the IVC was one of such moves.

According to the society President, Saheed Ashafa, the decision to cancel the education program had been taken following keen observation of global developments concerning the virus, as well as indepth discussions on the coronavirus incidents in Nigeria.

Speaking through a statement released to pressmen on Wednesday, Ashafa reiterated that the body had done all due diligence in making adequate preparations for the program and its participants, but that prevailing health situations in the country and globally had necessitated that the event be cancelled.

The society leader, who gave assurance that further information would be relayed to muslim faithfuls and society members concerning other planned events by the body, expressed his hope that the uncertain healthcare situations would be resolved and that the deadly coronavirus would be put under control.

He apologized for all inconviniences which the IVC cancellation may have caused, and called on all members to abide by prevention and precautionary methods as adviced by medical professionals so that the deadly coronavirus spread could be curbed and brought under control.

Ashafa further urged that people should monitor their children and wards closely, teach them to observe proper health habits, and discourage them from embracing bad behavioural processes which could endanger their health.

“We use this medium to urge governments across all levels to step up actions to curtail risk and introduce more stringent measures on diplomatic relations. Members of the public should monitor their children and wards closely against all-hazard porous habits. Members of MSSN are once again enjoined to take the cancellation of April IVC in good faith and await further directive regarding other programmes”.