By Abdulwaheed Usamah and Idowu Abdullahi 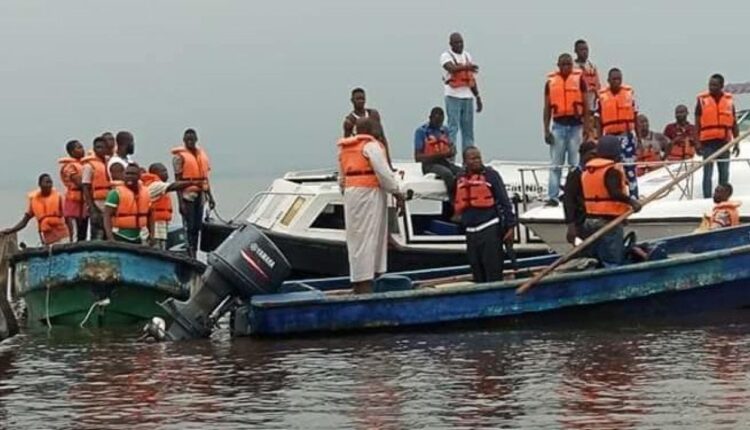 For families of five people, reported to have died out of 21 passengers on board of an ill-fated local boat that drown on Friday night along Ikorodu waterways axis of Lagos, their expectations would be that their sons and daughters who may have gone out in search of making ends meet, were returning to them after a stressful day due to the state’s metropolis’ usual hustle and bustle.

Little did they know that it was death news of their loved ones that would reach them, been among people on the boat of 21 passengers, confirmed to had capsized on Ikororudu water while conveying its occupants to their various bargained destinations.

When the news of the ill-fated boat broke, only four people were confirmed by rescue team from Lagos State Government to had died after the incident, with five passengers missing, while searches for more body and victims continue.

Several hours later, a body was found lifeless, making five people that died from the accident,  and from rescue mission efforts, 16 people were confirmed as total number of passengers rescued alive from the water.

The Commissioner for Transportation, Dr. Frederic Oladeinde, disclosed that five people identified to be among 21 passengers on the ill-fated boat before drown and that no fewer than 16 other occupants were rescued from water alive.

Briefing journalists during his visit to the accident scene on Saturday, Oladehinde hinted that overloading and night traveling could be responsible for the accident of the boat that occurred alongIkorodu channel of the state’s waterways and that investigation would be commenced to unravel the cause of the mishap.

He noted that the accident would have been avoidable if the operators had followed the government’s directive which banned night journey and approved 60% loading capacity for all journeys.

He added that the 20 passengers ill-fated boat apart from taking off illegally around 8 pm on Friday night at Ebute Ero Jetty also overloaded as 21 passengers were on board when the accident occurred.

“The avoidable boat mishap occurred after a 20 passengers capacity commercial ferry with 21 passengers on board took off illegally from Èbúté Ẹrọ Jetty at about few minutes past 8.00 pm heading towards Ikorodu, ran into an unknown object on the Waterways causing the boat to capsize. the statement quoted Oladeinde as saying.

“It is regrettable to confirm that there are 5 casualties from this mishap, also 16 passengers have been rescued alive with one person in critical condition through the efforts of LASWA Search Party, Local Boat Operators search team, the Marine Police and the Lagos State Emergency Management Agency (LASEMA),” the statement read.

Oladeinde who was accompanied by the General Manager, Lagos State Inland Water Authority( LASWA), Damilola Emmanuel, to the scene of the accident, however, warned ferry operators across the state against night operation and journey in compliance with an existing directive banning night operations and journey on the waterways as part of measures to prevent avoidable loss of lives.

The Commissioner while commiserating with the families of the deceased passengers, assured that necessary action would be taken to ensure that thorough investigation is carried out, promising that all those responsible for the mishap would be prosecuted according to the law.

On his part, LASWA General Manager, Damilola Emmanuel stressed that operator who violated any of the safety guidelines would henceforth be arrested by the Marine Police, while their boat would be impounded.

He urged passengers to also desist from embarking on night journey on waterways, adding that any passenger found on board of such boats at night will be prosecuted in accordance with the relevant laws of the state.