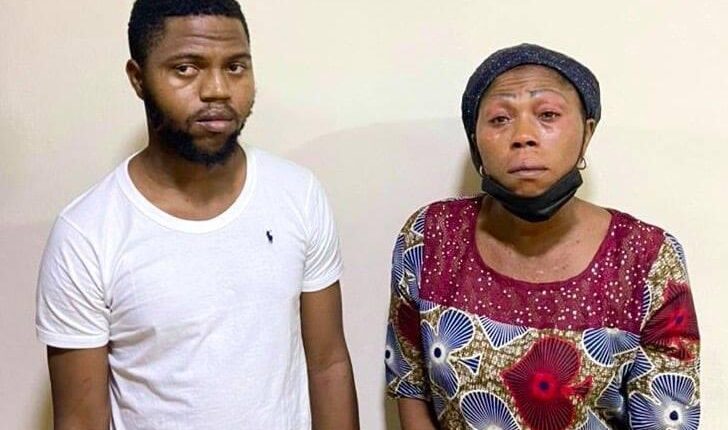 The Economic and Financial Crimes Commission (EFCC) has arrested one Ibeh Uche and his mother, for allegedly getting involved in computer-related frauds, depriving their victims of over N50 million.

As learnt, Uche was arrested at a suit he secured in Radisson Blu Anchorage Hotel, Victoria Island in Lagos State by officials attached to the commission’s zonal office in Ibadan, Oyo State.

It was gathered that the suspect had been using a First Bank account belonging to his mother, who is one of his accomplices, to launder the proceeds of his alleged criminal activities.

The arrest was confirmed on Friday by the anti-graft agency’s spokesperson, Wilson Uwujaren, who revealed that the suspects’ arrest, stated that they were apprehended following investigations and credible intelligence reports about his alleged criminal activities through cyberspace.

Through a statement released to newsmen on Friday, Uwajuren added that investigations revealed that items recovered from the suspects include iPhone 11 Pro Max; one iPhone 12 pro max; two MacBook Pro laptops; a PlayStation 5; an iPad and a small Nokia touch phone.

Other items found with the suspect and impounded were a Mercedes Benz S550 2015 Sedan car and a Lexus RX 350 SUV 2016, among other incriminating items.

According to the anti-graft agency’s spokesman, the suspects would be charged to court as soon as investigations were completed.