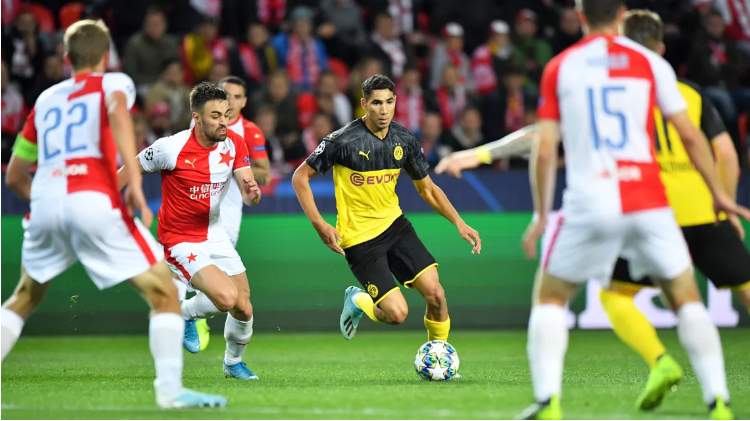 Borussia Dortmund full-back, Achraf Hakimi, has been named as one of the three finalists shortlisted for the Confederation of African Football’s (CAF) 2019 African Youth Player of the Year award.

The Morocco international, who is enjoying a two-year loan stint at Dortmund from Real Madrid, will battle it out with former Wolfsburg forward Victor Osimhen (Lille/ Nigeria) and midfielder Samuel Chukwueze (Villarreal/ Nigeria) for the prize.

Lists of nominees are compiled by a panel of media and technical professionals, with the winner set to be named at the CAF 2019 awards ceremony in Hurghada, Egypt on 7 January 2020.

Hakimi is halfway into his second season at Dortmund. He was a key member of the BVB side that finished Bundesliga runners-up in 2018/19, and has continued to impress at home and abroad this term.

The 21-year-old has already featured in 26 matches in all competitions, registering six goals and as many assists. He scored his first career brace in Dortmund’s 2-0 win at Slavia Prague in UEFA Champions League Group F, before orchestrating a stunning comeback from 2-0 down with another double in a 3-2 home win over Inter Milan. The Real loanee is the highest-scoring defender in this season’s competition.

BVB progressed as runners-up behind Barcelona and will face former coach Thomas Tuchel’s Paris Saint-Germain in the last 16. The Black-Yellows are also through to the DFB Cup round of 16, where Werder Bremen await and sit fourth in the Bundesliga, seven points adrift of leaders RB Leipzig.

Hakimi, who was on the initial shortlist for the CAF’s Player of the Year prize, was also among the goals in his most recent outing for Morocco. He scored his second goal in 28 senior international appearances in the Atlas Lions’ 3-0 victory over Burundi in Africa Cup of Nations qualifying on 19 November 2019.