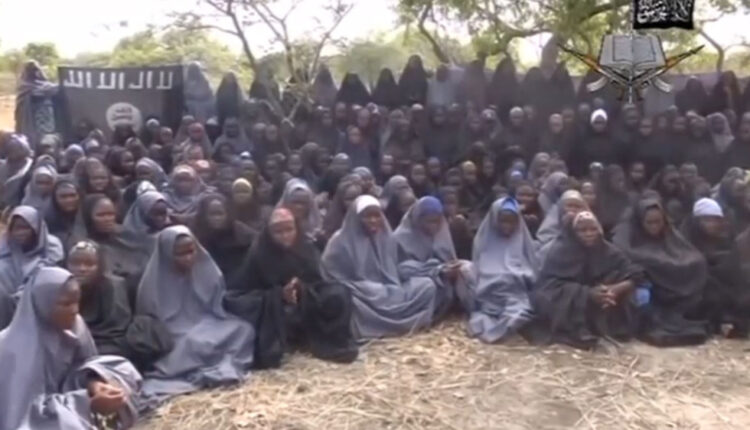 Some of the 112 missing students of Government Girls Secondary School , Chibok in Borno State, have escaped from Boko Haram captivity, barely six years  after their abduction by the insurgents from their dormitory.

The total number of girls that escaped from their abductors were uncertain but one of the girls was reported to have called her father and alerted him of the development.

In an interview with newsmen, the father of the girl, Ali Maiyanga, disclosed that he received a call from her daughter, Halima, who he last heard her voice over six years ago before the abduction.

“She asked me. Is this my daddy? Is this my daddy, and she started crying. The crying was [so] much and I couldn’t hear her very well. I was crying too. I never expected to hear from her again. “The whole family is so happy. Our house is full of people who are rejoicing with us”, Maiyanga said.

The father of the missing girl noted that he did not get a chance to speak to his daughter properly, as she was emotional and the call was short, saying, it was a call to alert me of his whereabout.

According to him, my daughter said that she and others that escaped from the insurgents den are safe and being looked after by the Nigerian army and that she was calling from a phone line belonging to a security official.

It would be recalled that Halima Maiyanga is the step sister of Maryam Ali Maiyanga, who was rescued by troops with a baby from a Boko Haram commander in 2016, according to Somiari Fubara, who was the therapist hired to look after the newly-freed Chibok girls in 2017.

While noting that they were very close while in captivity, Fubara recalled of her time with them at the American University of Nigeria in Yola, Adamawa State.

In 2014, militants stormed a boarding school in the Nigerian village of Chibok and kidnapped 276 girls but dozens of girls escaped almost immediately after the mass abduction. Another girl was found in May 2016 when she wandered out of a Nigerian forest asking for help, according to witnesses.

Boko Haram released 21 girls to the Nigerian government after negotiations in 2016. Then 82 more girls were freed in a prisoner swap between the terrorist group and the government in the capital city of Abuja in 2017.