Hajj Commission turns down state govts, others requests for… 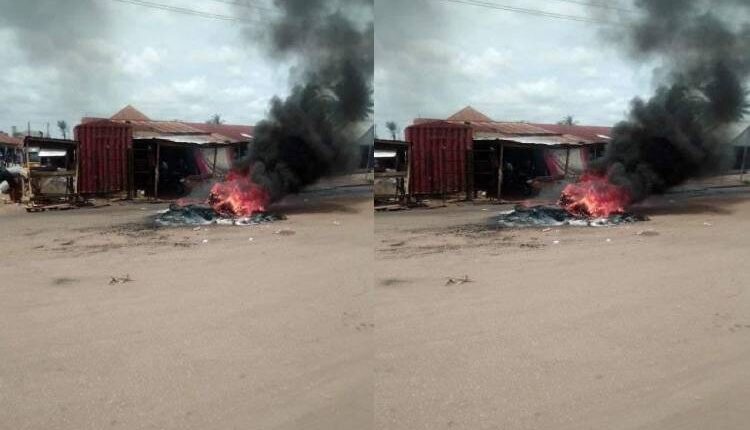 A young man was reported to have been set ablaze by an angry mob for allegedly attempting to steal a commercial motorcycle popularly called Okada at the Wurukum Market area of Makurdi, the Benue State capital.

As gathered the deceased, who was yet to be identified, was said to have been caught by traders and customers after attempting to ignite a commercial motorcycle with a master key and cart it away from the market.

Eyewitnesses, on Tuesday, confirmed that the suspected motorcycle thief was caught while he was trying to use a master key to unlock a motorcycle that the owner had just parked and entered the market

They narrated that bystanders and other traders that saw all that happened raised alarm that attracted others to the scene which made the thief start running in order to escape from been lynched.

Another version had it that the angry mob lynched the suspect because incidences of theft and armed robbery at the Wurukum area were becoming very worrisome.

A trader, Mary, said: “Luck, however, ran out on him as some youths who were close by ran after him, caught him and wasted no time in sourcing for tyre, petrol and matches to set him ablaze. As I speak to you now, smoke from his remains is billowing as I can see from where I’m standing”.

“Almost on a daily basis, these bad boys keep snatching one thing or another from innocent and unsuspecting members of the public. I guess that’s why they people were angry that this one dared to steal in broad day light.”

When contacted, the Police Public Relations Officer PPRO, Catherine Anene, who confirmed the report, meanwhile condemned the act, saying some of the times, the victims of such jungle justices are innocent after all.

Anene cautioned members of the public against taking laws into their hands but rather hand over any suspect to the police for proper investigation nd prosecution.