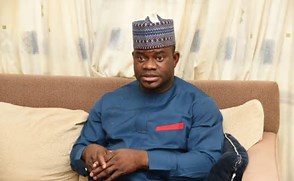 As Kogi State Governor, Yahya Bello, begins his second term in office, Miyetti Allah Cattle Breeders Association of Nigeria (MACBAN) has demanded that efforts be intensified to boost security to protect lives and property of citizens.

While appealing t residents for peaceful coexistence between herders and farmers in the state, MACBAN urged that security of lives and property be made major focus of Bello’s second administration in order to improve the state’s economy because peace brings prosperity for residents.

It was gathered that Kogi state had in the past witnessed different violence such as farmer-herdsmen clashes and tribal disputes, which formed the bases for MCBAN’s request that such occurrences could be avoided in future once adequate security measures had been made.

In a statement issued by its State Secretary, Suleiman Mohammed, MACBAN, while congratulating the governor for his second term, urged Bello to give security of lives and property utmost attention.

The association explained that it was not formed to become catalyst for unrest but one dedicated to peace and financial progress of members as well as host community.

It stated that its call was in furtherance of pursuit for a wholesome business atmosphere which would not be possible in event of strife, criminality and break down of law and order in the state.

According to the statement, appeal for security had become necessary in light of Kogi’s need for development is many areas, of which such development could never be achieved with the absence of peace and security because they will ensure an enabling environment for people to go about their daily activities.

“A city can only grow as much as her people and people can only grow as much as they are enabled to, therefore, the growth of Kogi State is dependent on the growth of her people, hence, we call on Governor Yahaya Bello to do his utmost in extending the cordial relationship he has with us, cattle rearers and farmers in the state as we believe that, only in an atmosphere of peace can we all thrive,”

“In addition, it is pertinent to note that provision of adequate security will give residents the needed confidence to pursue their legitimate activities without let or hindrance, thus, bringing economic growth to the people as well as the state”.

“We call on all political parties, groups, associations, corporate bodies and well-meaning individuals to join hands with the government and with security agencies to restore lasting peace to all nooks and cranny of the state”.

“We would like to thank the governor for his love and care for our members in the state, and we urged him to sustain this by appointing more Fulanis into his cabinet”.