Our strategies to end kidnappings, others were sabotaged-…

No true Nigerian will mock FG over missing NAF jet –… 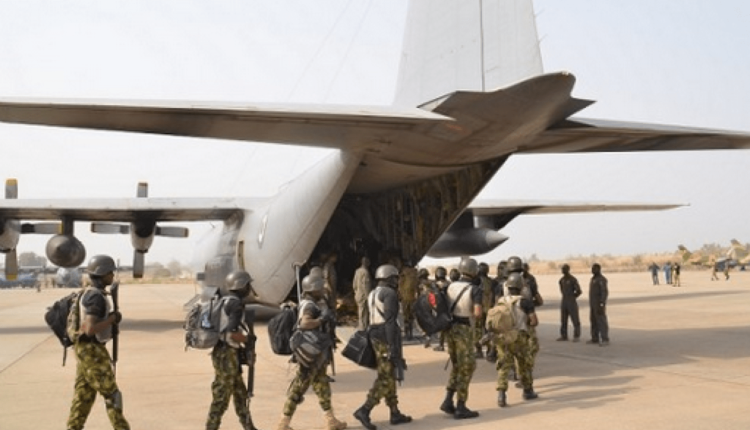 The Armed Forces of Nigeria has disclosed that its personnel killed no fewer than three hundred and forty-three insurgents and one hundred and fifty-three bandits during special operations in the North East, West, and North Central parts of the country in the last two months.

It said the three hundred and forty-three insurgents killed in the North East were members of the Boko Haram and Islamic State of West African Province (ISWAP) including nineteen sect leaders, while the one hundred and fifty-three bandits were killed during special operations in the North West, and North Central.

The Coordinator Defence Media Operations, John Enenche, said during the operational activities from March 18 to May 5, 2020, oil thieves were also apprehended, while kidnapped victims were rescued within the period.

Enenche, while briefing newsmen in Abuja on Wednesday, said the onslaught against insurgents and bandits and the successes recorded in the period under review was a pointer that the Armed Forces of Nigeria is winning the war against enemies of the country.

According to him, major operations across the country by the Armed Forces of Nigeria was a joint effort of the Nigerian Army, Nigerian Navy, Nigerian Air Force, and other security agencies, adding that the insurgents and bandits had been degraded while economic sabotage of the country’s Exclusive Economic Zone had been reduced.

Enenche, further revealed that several of the Boko Haram’s logistics installations and networks have been destroyed, while sixteen of their informants and logistics suppliers were arrested, adding that the some of the military troops were killed and others wounded in action during the operations.

“In summary, the Armed Forces of Nigeria from 18 March to 5 May 2020 neutralized 343 BHT/TSWAP criminals in the North East, deleted 153 bandits in the North West and North Central parts of the Country amongst other successes recorded. Furthermore, human and technical intelligence confirmed that between January and March 2020, 18 BHT/ISWAP leaders were killed due to our ground and air offensives against their settlements and hideouts. Adding to the most recent one killed between 18 March – 5 May 2020, 19 BHT/ISWAP leaders have confirmed killed by our gallant troops.

“From our operations within the period reviewed, it is obvious that the Armed Forces of Nigeria is winning the war against the enemies of our great country. Consequently, the Armed Forces of Nigeria will remain resolute and highly committed to ending the insurgency in the country. It will sustain the offensive and will not relent until peace is restored to every troubled region of our beloved Country.

“The general public is also assured of the commitment of the Armed Forces of Nigeria to protect the economic assets of Nigeria. The High Command of the Nigerian Military wishes to thank the general public for their support and further solicit their cooperation towards providing credible and timely information that will facilitate proactive engagements in our operations,” he said.