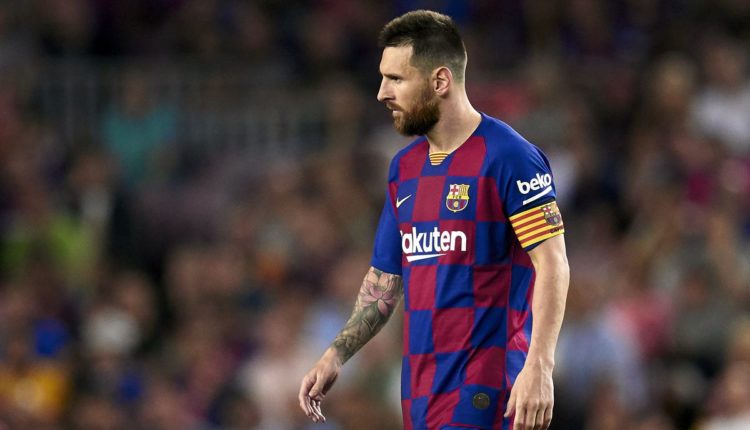 Former Barcelona captain, Lionel Messi, has boarded board a flight to the French capital from Barcelona airport as Paris Saint-Germain prepare to complete the signing of the Argentinian superstar.

The 34-year-old was accompanied by his wife and three children as he entered El Prat airport just before 1:30 pm (1130 GMT). His father, Jorge, who is also his representative, arrived a short while earlier.

Asked by reporters if his son would sign for the French club, Jorge Messi said: “Yes”.

PSG have spent the last few days trying to finalise an agreement to sign Messi following his departure from Barcelona, the club he has represented for the entirety of his 17-year professional career.

The French side’s supporters began gathering on Monday outside the club’s Parc des Princes home and at Le Bourget airport to the north of the city hoping to catch a glimpse of Messi.

Meanwhile, the front page headline in French sports daily L’Equipe on Tuesday hinted at the mood in Paris. “Growing restless”, it said, while inside it spoke of “the longest hours” as fans waited for an announcement.

Messi, who is also the Argentina national team captain left the Spanish champions following the inability of the club and the player’s representatives to reach an agreement on a new contract.

As gathered, the club could not meet the five-time world footballer of the year’s demands due to the new financial and structural regulations imposed by the Spanish football management.

The club, after accepting Messi’s one-year contract last season which increased his stay in Barcelona to 18 years, presented a renewal request before the player but he rejected it; demanding higher wages.

The final conversations took place between the club and Messi’s rrepresentatives last Thursday, but the take-home point was that whilst the meeting was cordial, Messi had concluded plans to play his football elsewhere beginning from 2021/22 season.