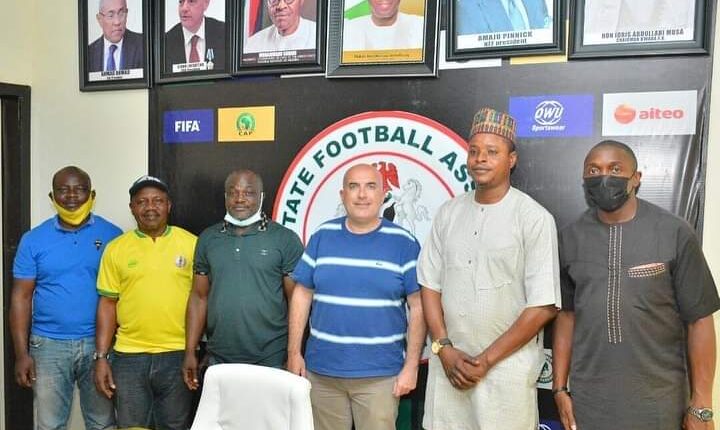 Sciola, who touched down in Ilorin yesterday, was received by the programme’s Coordinator, Bashir Badawiy, and Chairman, Kwara Football Association, Idris Musa, at the Ilorin International Airport.

The former Manchester United, Monaco and AC Milan of Italy Chief Scout later took a tour of the Alhaji Usman Mustapha Football House and was later conducted round the Main Bowl of the Kwara Stadium Complex, Ilorin where the scouting programme would take place from 8:00am on Tuesday (today)

The Olympic Merseille Africa Chief Scout, said that he was impressed with what was on ground and hoped for a hitch-free scouting programme.

Explaining the rationale behind the talent hunt, Badawiy said that the programme was introduced to appreciate the contributions of the state governor to the development of youth and sports.

“The exercise is all about the youth, as we plan to discover talents from the nooks and crannies of the state, which is in line with the policy thrust of the administration of Governor AbdulRahman AbdulRazaq.

“It is being staged to also honour a sport loving Governor, for lifting sports in the state, especially from the grassroots, as well as the renovation, modernization and construction of new sports infrastructures in the state”, he said.