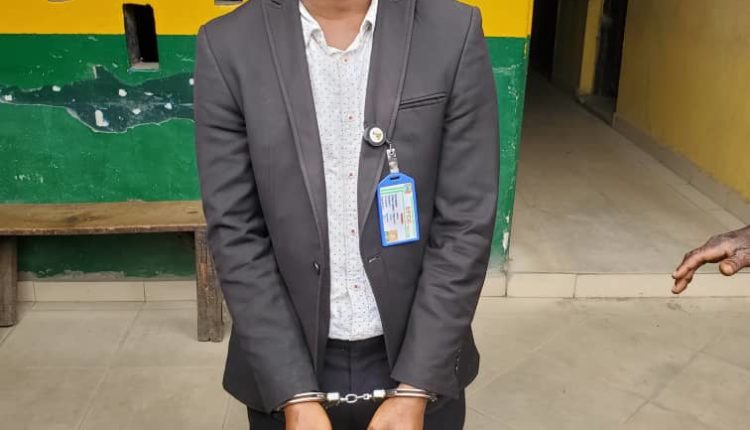 After much investigations, the Nigerian Police, Lagos command, has arrested a medical official that swindled hundreds of job seekers in Ojo Local Government.
The 29-year-old official, Emeka Emmanuel, was nabbed at Iyana-iba axis with different Identity Cards including that of Economic and Financial Crimes Commission, EFCC.
The Guild gathered that the suspect, who had admitted committing the crime, deceived job seekers with the fake Identity Card, assuring them of employment.
Confirming the arrest, Police Public Relations Officer, PPRO, Bala Elkana, said: “The suspect has confessed to the crime. The suspect was also found operating illegal medical facility in his residence”.
Elkana further disclosed that other items recovered from him include medical equipment and fake certificates.
“The Command advised members of the Public,  especially job seekers to be mindful of the activities of such job scammers in order not to fall prey of their antics. Investigation is ongoing and the suspect will be charged to Court”.
Narrating how the job seekers were duped, one of his victims’, Olaposi Semiu, a resident of Agbara community, disclosed that the suspect collected the sum of N51,000 from him over a month ago, promising to secure employment for his son as an EFCC operative.

What Buhari can do to strengthen his anti-corruption drive-SERAP