I will not sympathise with Pastor Adeboye over son’s… 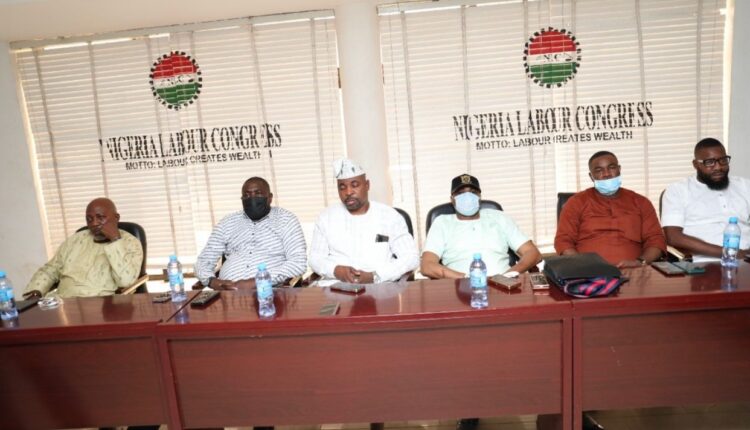 The former chairman of Lagos chapter of National Union of Road Transport Workers (NURTW), Lagos chapter, Musiliu Akinsanya popularly called MC Oluomo, and other members in the state have signified interest to reconcile with leadership of the transport union after announcing their exit from the body barely a week ago.

As gathered MC Oluomo and other members signified their intention to reconcile with the national body by approaching Nigerian Labour Congress (NLC), asking that the labour union wade in and that all processes put in place to end the face-off between the Lagos branch and the leadership in Abuja would be welcomed.

To ensure that the reconciliation is achieved, MC Oluomo and members of Lagos chapter executive that left the union met with NLC’s reconciliation committee chaired by President of Maritime Workers Union, Adewale Adeyanju, who is also a member of the national trustee of the congress.

During a closed-door meeting held in Abuja on Wednesday, Mc Oluomo and members of his team tabled stated their grievances before the reconciliation committee and assured the labour union of their willingness to end the face-off as soon as possibly.

After the meeting, the reconciliation committee indicated that the leaders of the NURTW would be invited to give all parties a fair hearing but did not indicate when they would be invited. 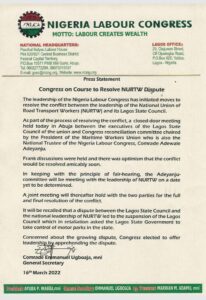 Through a statement issued after the meeting by NLC, the labour union indicated that after separate meetings, a joint discussion would be held for both parties to achieve a final resolution.

“As part of the process of resolving the conflict, a closed-door meeting was held in Abuja between the executives of the Lagos State Council of the union and Congress reconciliation committee chaired by the president of the Maritime Workers Union who is also the National Trustee of the Nigerian Labour Congress, Comrade Adewale Adeyanju.

“Frank discussions were held and there was optimism that the conflict would be resolved amicably soon. In keeping with the principle of fair hearing, the Adeyanju committee will be meeting with the leadership of NURTW on a date yet to be determined. A joint meeting will thereafter hold for the two parties for the full and final resolution of the conflict”

JUST IN: Sanwo-Olu mismanaging Lagos, wastes over N200bn loan, others