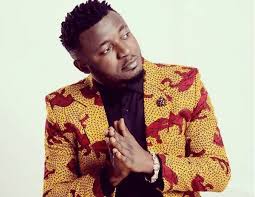 Months after dancehall musician, Innocent Udofot, popularly known as MC Galaxy, started an Instagram live series where women are encouraged to dance and win cash prizes, the performance artiste has introduced a similar male version of online dancing where men too can compete for monetary reward.

The artiste said that the event would feature male contestants who are willing to dance and please the crowd of viewers and that winners would receive a cash prize at the end of each broadcast.

MC Galaxy, through a post released on his Instagram page, revealed that the event tagged “Freaky Freaky Saturday” would run concurrently with that of the females which holds on Fridays on Instagram live, and added that the new program would give men opportunity to also win cash incentives during the coronavirus lockdown period.

The musician, while urging his male fans to participate in the upcoming event, encouraged the females to tune in so as to vote for participants and choose the cash prize winners after each edition of the show.

“My people, I want to announce to you that every Saturday, starting from next week Saturday is going to be Freaky Saturday, for the guys”, he said.