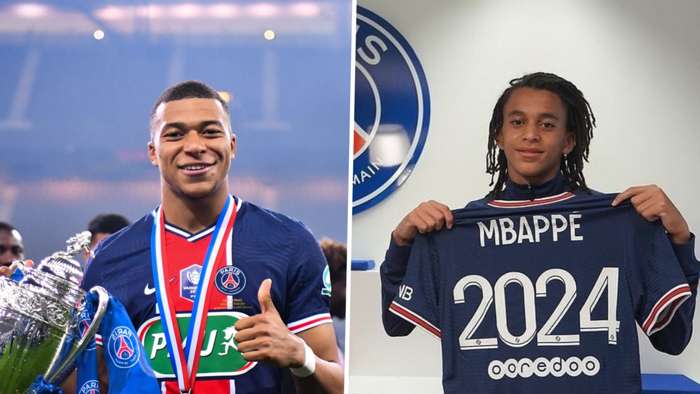 Ethan, who had been in PSG’s youth system, has signed on for a further three seasons to continue his development in the game and boost his chances of playing alongside his elder brother.

The club, in a statement made available to newsmen yesterday, announced the younger Mbappe’s signing along with another player born in 2006, Senny Mayulu.

According to the club, both players, who just celebrated their 15th birthday, had been with the club’s youth academy, displaying their football talent and skills particularly those that attracted PSG scout to them.

“Paris Saint-Germain is pleased to announce the signing of an aspiring contract for two of its young Parisian players, for three seasons,” the club announced.

“Born in 2006, these promising young talents had previously been within the youth squads of Paris Saint-Germain. They are now linked to the capital club for three seasons (2021-22, 2022-23 and 2023-24). The club wishes them every success in the jersey of Paris Saint-Germain,” the club added.