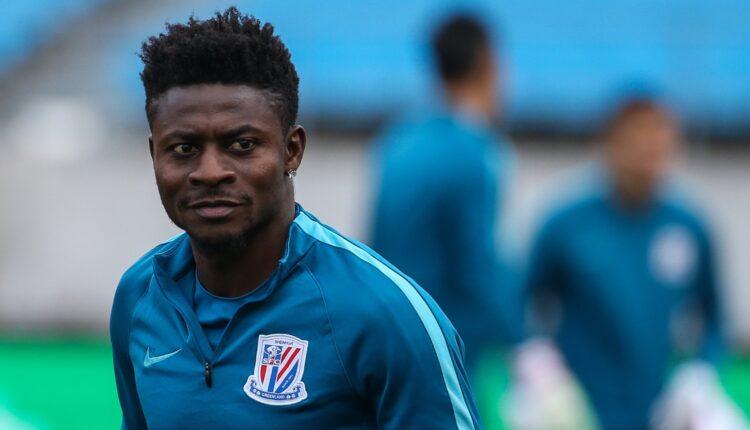 Share
Nigerian former striker, Obafemi Martins has joined Chinese Super League side, Wuhan Zall, with preparations for possible debut when his new team face Chongqing Dangdai Lifan in their next game away.
This is coming after leaving another Chinese top team, Shanghai Shenhua, as a free agent. The forward only made four Super League appearances for Shanghai Shenhua before leaving the club.
The 35-year-old Nigeria international rejoined the Flower of Shanghai in July after continuous battle with a hamstring injury that rendered him clubless.

Martins would be joining the Han Army, who finished sixth in the Chinese top-flight last season, to battle for top-four positions and possibly win the league during his one-year contract at the club.

The 35-year-old will hope to prove he still has all it takes to play at the top level after previously playing for Ebedei and Reggiana youth teams, Inter Milan, Newcastle, Wolfsburg, Rubin Kazan, Birmingham, Levante and Seattle Sounders in the Major League Soccer during his prime.

Martins had 42 caps for the Nigerian national team and featured for the side at the 2010 World Cup in South Africa.