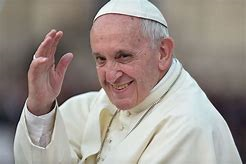 Pope Francis has declared that catholic doctrine would not bend to desire of man by allowing married men become priests as against practices the church is known for and that of its traditions.

After his declaration, Francis also dismissed a proposal suggesting married deacons be allowed become priests, in order to fill a shortfall of ordained priests in communities where non presence of such rank of clergy were becoming issues.

The Pope said that his action was by no means evidence that he lacked empathy for pains being undergone by catholic faithfuls in across the world, just as he assured affected communities that measures would  be taken to ensure a more balanced posting of priests to all parishes, in all regions.

In a 32-page Apostolic Exhortation, delivered by Pope Francis in Vatican City, on Wednesday, he addressed issue of non prescence of priests in the Amazon area of Southern America, and that needs of all catholic faithfuls across the world were imperative, such that existing traditions and doctrines be uphold while the church found other means of resolving issues of non availability of ordained clergy in specific regions across the world.

The Guild gathered that the dismissed proposal had been raised in 2019, and that it had cited doctrinal inability of deacons to say mass as reason behind several catholic communities’ inability to attend or hold mass, sometimes for up to a year, because there were no ordained priests in vicinity.

The 82-year-old Argentine Pope, disagreed with the sentiment, stating that deacons were ordained ministers like priests, but that each had roles and rules as ensconced in catholic doctrine, which he described as sacred, separate and important to be followed.

“Deacons, like priests, are ordained ministers. They can preach, teach, baptise and run parishes, but they cannot say Mass. Married men can become deacons, but only celibates can become priests. Therefore, I would like to repeat that married men cannot become Catholic Priests”.

Francis said that solution to the situation is for more priests to go on missionary postings in remote areas, adding that,  the measures would benefit entire catholic regions.

“I am very concerned about the spiritual wellbeing of Catholics who live in the Amazon and other remote areas of the world, particularly because I understand how difficult it has been for them to carry out parish activities without the prescence of a Priest who can conduct Mass,”

“This is a legitimate problem which will be tackled without breaking beliefs which form the foundation of our faith and our Church. I therefore, urge all Bishops to be more generous and encouraging of all Priests who have shown a leaning towards missionary work, to have them posted to these regions that have suffered a dearth of Priests”.