Seven soldiers, others die during suicide bomb attacks on… 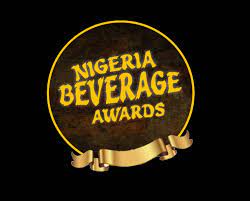 The organisers of the annual Nigeria Beverage Awards have disclosed that the annual award designed to recognise companies across the country would hold next month, November 14.

It disclosed that the shortlist for the award ceremony, which is in its second year, comes in 14 keenly contested categories that cover all aspects of the industry, saying all manufacturer has equal chances of winning at the event next month.

And like the maiden edition which attracted so much interest from the public, the task of deciding the winners in these identified categories lies in the hands of the public.

The spokesperson for Undatree Entertainment, the organizers of the awards, Yomi Soniyi, said that the Nigeria Beverage Awards was conceived to acknowledge and celebrate the growth of the beverage industry in the country.

The spokesperson added that Nigerians, who were users of their products would determine if the shorlisted companies deserve the award and that to determine that, they would have to visit the voting site, www.nigeriabeverageawards.com to cast their vote for preferred and favourite brands.

He said the shortlist for this year’s award captures the most popular and most vibrant brands in the Nigerian beverage market, while the voting process will close on 14th November 2021.

Soniyi further stated that the award event comes up on the 21st of November, 2021 at the Raddison Hotel in Lagos, where the winners of the various categories will be announced at the event.

The award event with the theme, ‘Refresh’, Soniyi said, promises to be a night of glitz and glamor as it will be a convergence of the key players in the Nigeria Beverage Industry.