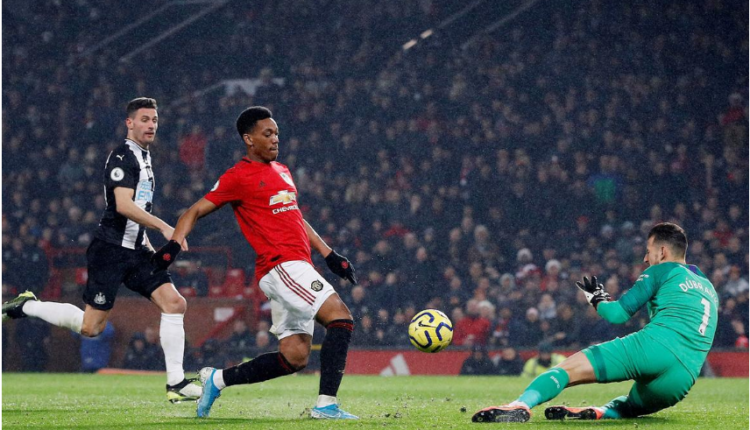 Anthony Martial scored twice to ensure Manchester United hit back in emphatic fashion from a rocky start against Newcastle United to open their Christmas programme with a 4-1 victory at Old Trafford.

During the Boxing Day fixture on Thursday, teenager, Matty Longstaff, had gave Newcastle a surprise 17th-minute lead just like how opened scorer sheet against United in the reverse fixture at St James’ Park earlier this season.

The early goal, apparently spurred United players to respond thrice before halftime to take the game beyond Rafael Banitez-led team, forcing them to drop deeper on the table to 10th with 25 points.

Anthony Martial’s shot crept in at the near post six minutes later to calm the Old Trafford jitters and youngster Mason Greenwood thumped home a second before Marcus Rashford’s header put the hosts in control.

Newcastle hardly helped themselves with some dreadful defending and they gifted Martial a second goal in the 51st minute to make the result a formality.

United could have scored more with Paul Pogba making an appearance off the bench and almost adding a fifth.

It was the perfect response to last weekend’s 2-0 defeat by Watford for Ole Gunnar Solskjaer’s side who are in seventh spot with 28 points, four behind fourth-placed Chelsea.