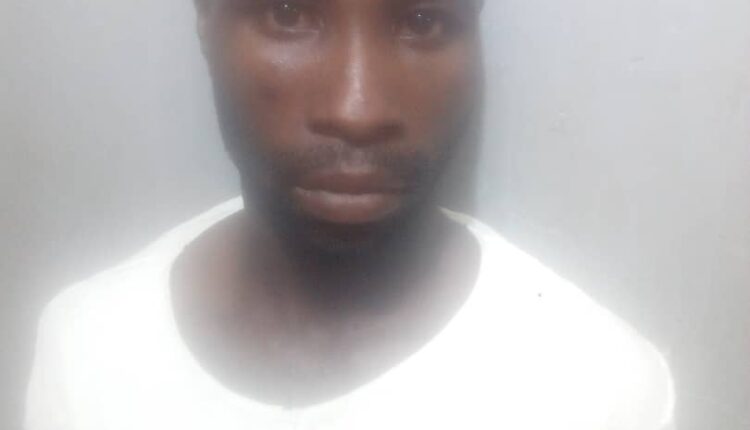 The Nigerian Police has reported that a 29-year-old man, Segun Titilayo, has alleged killed his girlfriend, Oritoke Manni, and buried her corpse in a private estate in Otolu Town, Ibeju-Lekki Local Government, Lagos State.

As gathered, the decomposing corpse of the 26-year-old, a Bar attendant at K.C Hotel, Apakin Town, Lekki, was exhumed during an ongoing excavation to erect structures within the estate owned by Adron Homes and Properties.

It was learnt that the suspect and Oritoke were known by many as been in a relationship and on 13th October 2020, Oritoke and Segun were alleged to have been together before the deceased was declared missing.

The Guild gathered that on the day before the deceased was declared missing, Segun put a call to Oritoke and she went to his house but the former bar attendant could not be traced or seen afterward.

After the day, the Nigerian Police, Lagos command was alerted of her disappearance, prompting the law enforcement agency to initiate a wireless message to all formations within the state for search and rescue.

Confirming the tragedy, the police spokesman, Olumuyiwa Adejobi, disclosed that the suspect has been placed under detention for further interrogation to ascertain what transpired before and after her death.

Adejobi, while disclosing that the suspect was detained at State Criminal and Intelligence Department (SCID) Panti to aid the ongoing investigation, stated in a statement released on Thursday, that efforts have been intensified unravel what transpired between them.

He said: “on 7th November, 2020, one Engineer Adegbago David,m, of Adron Homes and Properties, reported to the Police Station at Akodo Area, Lagos State, that while the company was excavating its site at Otolu Town, their Caterpillar exhumed a decomposing corpse. The police detectives swung into action and the corpse was identified by the staff of the hotel to be Oritoke’s.The corpse was evacuated to a public morgue for autopsy”.