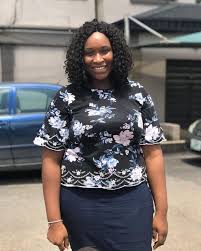 The body of Chris, 39yrs old, and his wife, Olamide, 25yrs, were recovered by Nigerian Police from House 16a, Victory Point Estate, Ilasan, at about 5pm yesterday.

It was learned that the  deceased were in relationship for over seven years, though not married, but the relationship had produced two children and were of ages 7 and 3.

The relationship was said to be complicated, as the couple often disagree and that the face-off made both parties live separately with the Chris relocating to Victory Point Estate Ilasan while Olamide secured accommodation in Ogba, Ikeja.

Olamide was said to have visited the man alongside her 22-year-old sister a night before the tragedy occurred on Chris request and that the visit was aimed at possibly resolving the face-off between them.

It was gathered that Olamide’s sister was the first to notice that the couples were dead and raised alarm and attracted other occupant to the scene where items used to perpetrate the act were found. 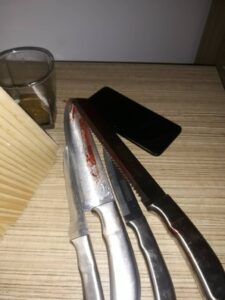 Confirming the incident, Police Public Relations Officer (PPRO), Lagos Command, Bala Elkana, on Monday, hinted that the statement of the deceased sister further cleared air on what could have transpired before the death.

Elkana said: “In her statement, she was woken up by a loud music from the room where the corpses were found, as herself and the kids slept in a different room. It is not yet clear what might her triggered the murder”.

He noted that a team of homicide detectives was deployed to the scene and the crime scene was preserved for forensic analysis since Olamide was found in the pool of her own blood and that deep cuts were discovered on her head.

“The man’s mouth was foaming with whitish substance. It is alleged that the man stabbed the woman to death with kitchen knife and thereafter drank some poisonous substances.

“Two blood stained kitchen knives, two empty bottles of the poisonous substances, three empty cans of red bull energy drink and a plier were recovered from the scene. The two corpses were removed and deposited in a public mortuary for autopsy”, the PPRO added.

According to him, the Commissioner of Police Lagos State, Hakeem Odumosu has ordered a thorough investigation into the case. Investigation is ongoing.