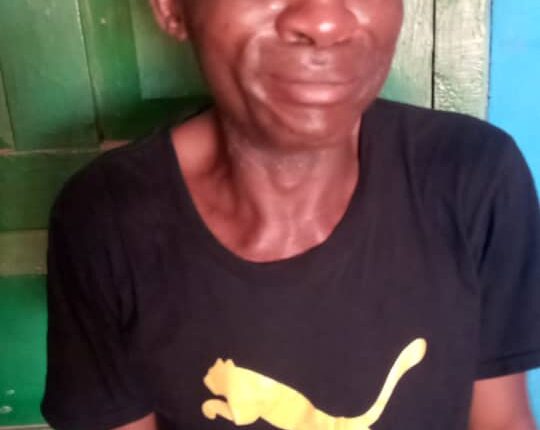 Except for contrary evidence, Wisdom Okoro, a 50-year-old Imo State indigene, could soon be arraigned before a Lagos court for allegedly aiding his 38-year-old deceased lover, Enobong Udoh, to use pills for abortion in the state.

Okoro, who has been placed in detention by the Lagos Police Command for questioning and further investigations, was reported to have impregnated the deceased who resides along Igbogbo road in Ikorodu Local Government.

The suspect was arrested and detained by the law enforcement agency on Sunday after a friend to the deceased, Blessing Pius, reported to Police operatives attached to Ikorodu Division that she found Enobong lifeless body lying in her apartment.

After receiving the report at about 10 am on Sunday, it was learnt that the police swung into action and invited Okoro, who hailed from Orlu, for interrogation over the death of her lover.

The Police command spokesman, Olumuyiwa Adejobi, told newsmen that during interrogation, the suspect confessed that Enobong informed him of the pregnancy in February, 2021 and that they had a discussion on it.

Adejobi said: “Okoro told the law enforcement officers during questioning that he was in the deceased house to check on her yesterday (Saturday) at about 5.14 pm and on arrival, Enobong informed him that she had terminated the pregnancy”.

He noted that the statements and utterances of Wisdom revealed further that he knew more than what he had told the law enforcement agency.

According to him, the Commissioner of Police, Lagos State, Hakeem Odumosu, has ordered that he should be transferred to the Homicide Section of the State Criminal Investigation Department, Panti, Yaba for further investigation.

“The Commissioner of Police, therefore, assured the general public, especially Lagosians, of a thorough investigation into the cases for justice to prevail”.