Man dies, other injure during auto-crash in Lagos 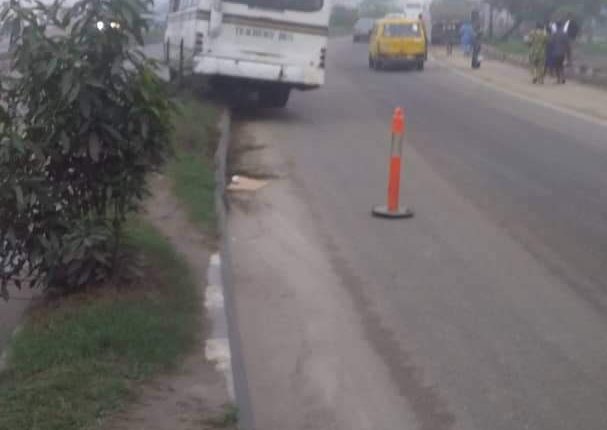 Atleast one person has been reported to have been feared dead and scores of other passengers sustained varying degrees of injuries after a Yellow-Commercial bus popularly called Danfo and High Capacity bus collided in Lagos State.

The accident which occurred around Majidun bus stop end of the Mile 12-Ikorodu road in Ikorodu Local Government was between a High-Capacity bus owned by Lagos State Government and the 14-seater bus.

As gathered, the accident occurred at about 7:10 am on Monday when the High-Capacity bus conveying Lagos state government staff and the commercial bus had a head-on collision which resulted in traffic along the road.

The accident was confirmed by the Lagos State Traffic Management Authority (LASTMA), but the agency did not indicate what happened to the driver and passengers rather described it as fatal.

LASTMA, through a statement on its official social media handle, attributed the gridlock that had held motorists from easily moving out of Ikorodu to the accident.

According to the traffic management authority, a fatal accident between HCB and a commercial bus at Majidun inward Mile 12. Traffic is busy at the moment.

The traffic management agency, meanwhile, disclosed that efforts have been intensified to recover and evacuate all impediments that had reduced travel time on the roads.