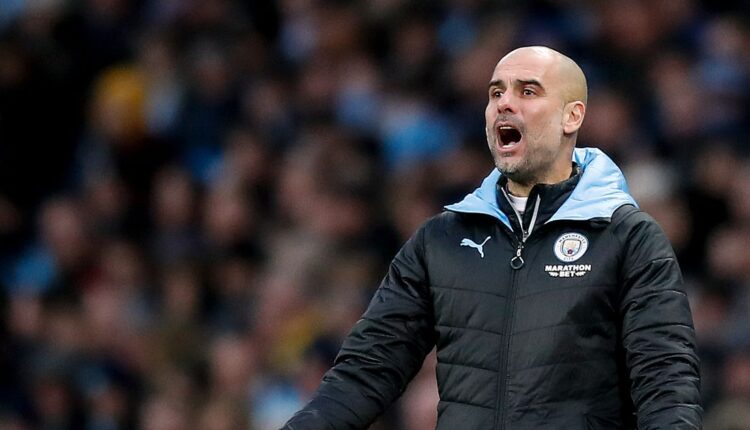 The English Premier League (EPL) defending champion, Manchester City, has suffered its first home defeat of the season in the EPL after losing 2-0 to Crystal Palace at the Etihad Stadium, its home ground.

Manchester City’s defeat at home to Crystal Palace also marked the first back-to-back defeat for the sky blue team after being edged out of the Carabao Cup during the week by West Ham.

The defeat on Saturday dented the Pep Guardiola team’s hopes of retaining the EPL title after they dropped to third on the table behind Chelsea and Liverpool respectively while Palace rose to 13th, well clear of the relegation zone.

During the match that marked the return of Ivorian forward, Wilfried Zaha, for the visitors, Man City conceded a goal at the 6th minute of the game and all efforts to restore parity during the first half were thwarted by Crystal Palace.

Rather than score, the home team was reduced to 10-men following the red card issued to Aymeric Laporte after dragging down Zaha 35 yards from the City goal, ​and the referee immediately sent him off for denying an obvious goalscoring opportunity.

Inspite of recording 10 shots in the box, Manchester City could not level and later conceded another goal at the 88th minute of the game, through Conor Gallagher’s strike, ending any opportunity to level the score.

Even a man down, the hosts remained a goal threat and Gabriel Jesus thought he had levelled when he turned home Phil Foden’s superb far-post cross, only for video assistant referee Lee Mason to rule England forward was offside in the build-up.

City fans were infuriated by what they saw as time-wasting from Palace, which started in the opening period, and manager Pep Guardiola – marking his 200th match in the Premier League as a manager – was less than impressed with what he saw too, judging by the number of times he spoke to the fourth official Anthony Taylor.

But Palace was a danger on the break, with Jordan Ayew and Gallagher both wasting decent chances before Gallagher finished Michael Olise’s lay-off to give Patrick Vieira’s men victory and end a frustrating run of four consecutive Premier League draws.