JUST IN: Tinubu will improve on my achievements, legacies-… 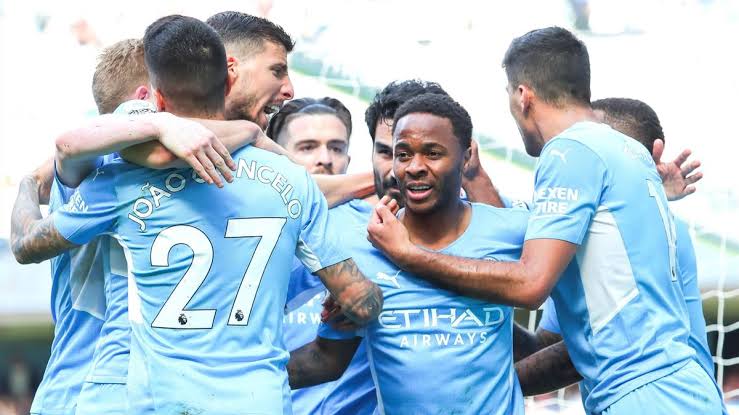 Manchester City has retained the premier league crown, lifting it’s sixth league trophy after edging out Aston Villa 3-2 to end the season with over 80 points.

The club’s new title achievement was its sixth in the Premier League era and eighth overall since the establishment of the club.

During the last game on Sunday, it seemed as though Man City would lose the title after falling behind 2–0 to Villa, but turned the tie around when İlkay Gündoğan scored in the 76th minute to reduce the deficits.

And two minutes later, one of its midfielder, Rodri, equalized before Gündoğan added his second that ended up being the title-clincher for the Manchester club.

It is the second time that City have won back-to-back titles under Guardiola. Manchester United and Chelsea are two other teams to achieve the feat in the Premier League era.

Before lifting the trophy, the team had lost three games all season and dropped 11 points from 19 games away from the Etihad Stadium, winning 14. With 93 points.

Their title triumph denied Liverpool an unprecedented quadruple after lifting the Carabao Cup and the FA Cup as well as in contention for the UEFA champions league with the final against Real Madrid in Paris next Saturday.

However, after the end of the game, Footage obtained by The Guild shows Aston Villa goalkeeper Robin Olsen being assaulted numerous times whilst leaving the Etihad pitch.