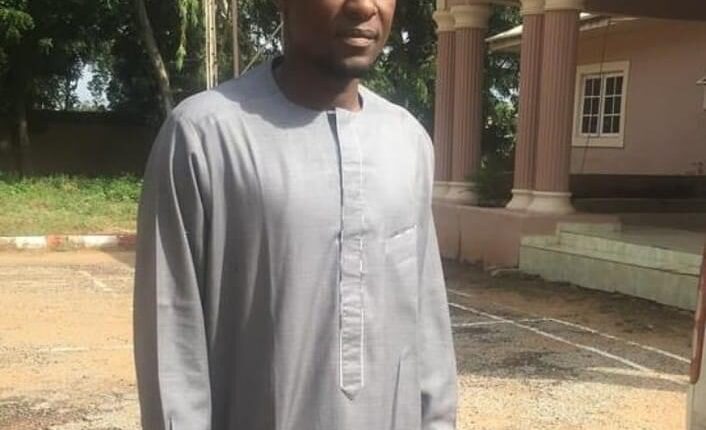 A High Court sitting in Sokoto State has sentenced one Hamzat Bashar to 70 years imprisonment after conspiring with one Hindatu Bashar and an indigenous firm, Hamga Investment Resources, to defraud several persons of the sum of over N29 million.

Bashar was arraigned by the Economic and Financial Crimes Commission (EFCC), Sokoto Zonal Office before the court presided over by Justice Bello Duwaleon on a 12-count amended charge, bordering on conspiracy and obtaining money through false pretense.

One of the charges reads, “That you Hamzat Bashar Muhammad, Hindatu Bashar (Now at Large) and Hamga Investment Resources Limited sometimes within the months of June to December 2018 at Sokoto within the Jurisdiction of this Honourable Court, with intent to defraud, did obtain the total sum of N23,760,000 (Twenty Three Million Seven Hundred and Sixty Naira) from Hadiza Aliyu (for herself and other victims) when you falsely represented yourselves to her, to be running a genuine business investment of Gold and Herbs, a pretense you knew to be false”.

In the charge filed by EFCC, Bashar was found to have committed a criminal breach of trust contrary to Section 1(1)(a) of the Advance Fee Fraud and Other Fraud Related Offences Act of 2006 and punishable under Section 1(3) of the same Act.

Delivering judgment yesterday, Justice Duwale ruled that the EFCC has proved its case beyond a reasonable doubt, sentenced the defendant to seven years in prison without an option of a fine on each of the 10 counts, starting from the date of his arraignment in court.

The Judge further directed that the convict, aside from serving the jail term, must restitute the total sum of N29, 135,000 to the victims through the EFCC.

Earlier during the trial, the convict pleaded not guilty to the charges after they were read to him, forcing the prosecution counsel to present 10 witnesses, who tendered different documents, to prove that the convicts defrauded the complainant.

The anti-graft agency further argued that they received a petition from one Imran Ahmed and several other victims, alleging that Bashar had defrauded them “in a phony investment scheme in which they were promised 20 percent returns on investment in every month and dividends at the end of the year”.

According to the commission after investing various sums of money, the victims neither received the 20% returns nor got any dividend.

FG threatens health workers with ‘no work, no pay’