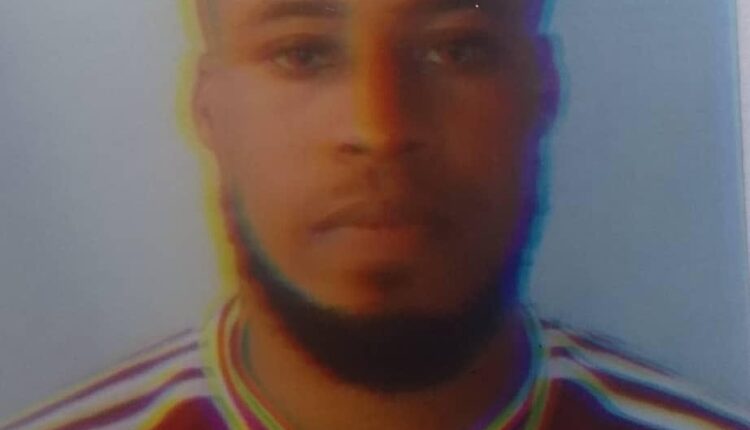 Okenwa was arraigned before the court presided over by Justice Obile on a one-count charge bordering on impersonation by the Port Harcourt Zonal Office of the Economic and Financial Crimes Commission (EFCC).

As stated, okenwa (a.k.a Weirt Rodriguz), in 2020, fraudulently presented himseflf as mpersonated Weirt Rodriguz, to one Katia Massoni from Brazil with intent to gain a monetary advantage from his victim.

In the charge preferred against the convict, the anti-graft agency said Okenwa offence was punishable under Section 22 (2) (b) ( i & ii) of the Cybercrime (Prohibition, Prevention, Etc.) Act, 2015.

Delivering his judgement, Justice Obile found Okenwa guilty and sentenced him to two years imprisonment with N350,000.00 as fine option.

The judge also ordered that the phone which was used to commit the crime, be forfeited to the Federal Government through disposal by public auction and the proceeds paid into the Treasury Single Account (TSA) of the government.

Adunun was arraigned by the anti-graft agency before the court presided over by Justice H.I.O. Oshomah, on a one-count amended charge of theft.

The charge reads, “that you Blessing Adunun on or about the 4th day of September 2018 at Port Harcourt Rivers State within the jurisdiction of this Honourable Court with intent to defraud used unauthorized access device and obtained the sum of  N238,000.00 from one Eunice Adeleke.

Delivering his judgment yesterday, Justice H.I.O. Oshomah found Adunun guilty and sentenced her to two years imprisonment, with an option fine of  N100,000.00 to be paid into the Federal Government’s TSA Account.

The judge further ordered that the convict restitute the sun of  N238,000.00 to one Eunice Adeleke, her victim, and sign an undertaking to be a law-abiding citizen before the Deputy Chief Registrar of the Court.