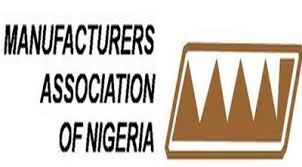 The Manufacturers Association of Nigeria (MAN) has advised the Federal Government (FG) to reverse the 50 per cent increment in the Value Added Tax (VAT) that it did last year and also reduce port charges.

MAN, in its newly released MAN CEOs Confidence Index for the fourth quarter of 2020, identified the challenges that confronted the manufacturing sector in the period and recommended measures on how government could address them.

MAN, while addressing  the difficulty in accessing foreign exchange, advised the government to grant concessional forex allocation at the official rate to manufactures for importation of productive inputs that are unavailable  locally available.

The manufacturers’ body   called for swift approval of usage of forex sourced outside the official market for manufacturers, and stressed the need to fast-track the unification of all forex windows in the country.

The association said the government should focus more on improving generation, distribution and efficient use of available electricity.

On the challenge of low demand of commodities, MAN said the government should “focus on prompt payment of staff salaries, release funds to pay contractors and suppliers for completed contracts.”

It said the government should construct a critical generational pricing model for the economy that would recognise changes in inflation, exchange rate and lending rate in the determination of wages (minimum wage).

“Nigeria’s minimum wage of N30,000 (U$78.29) is about the lowest in the emerging development countries and does not encourage consumption. Reverse the Value Added Tax rate to five per cent from the current 7.5 per cent,” the association said.

It called for the recapitalisation of the Bank of Industry and the Bank of Agriculture to adequately meet the industry credit need at single digit interest rate.

It urged the government to “direct all regulatory agencies, especially the Standards Organisations of Nigeria, the National Agency for Food and Drugs Administration and Control to reduce their respective administrative charges (pre-COVID-19 rates) payable by manufacturing concerns by 50 per cent.”

The association stressed the need to improve on the wait time to clear container/cargoes clearance at the ports, and install sound trade facilitation equipment at the ports such as scanners.

“Reduce the various port charges and remove demurrage for delayed clearance; resuscitate available rail tracks, construct new ones and link them to industrial hubs,” it said.