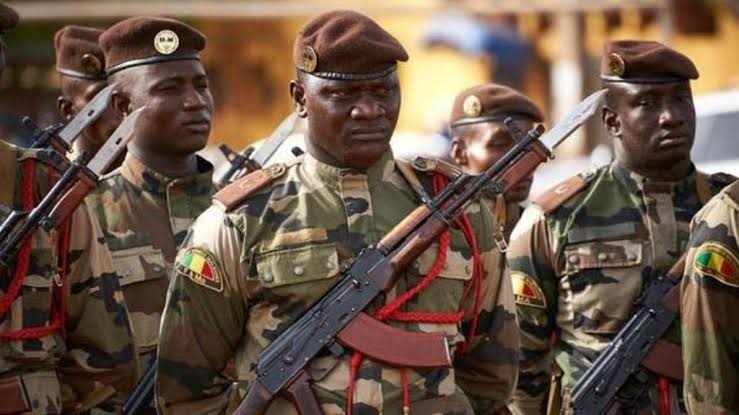 Troops in Mali have placed the country’s President, Ibrahim Keita, and Prime Minister, Boubou Carrestsnder under house arrest after staging a coup to prevent them from contesting forthcoming election.

The coup in Mali’s capital followed reports of an attempted mutiny at a military camp 15 kilometers outside of the city.
Earlier before the act on Tuesday, crowds took to the streets in Bamako, surrounding the capital city’s independence monument, a building owned by Mali’s Minister of Justice which was set on fire and looted.

A source disclosed that the attempted mutiny took place in Kati, at the same camp that a successful military coup was launched.

TheMinister-old President has faced growing public discontent since May, after the country’s top constitutional court overturned results from disputed parliamentary elections.
That ruling paved the way for Keita’s party to occupy a majority of the vacant seats, even after disputes over the polls previously sparked post-electoral violence in several districts in the capital and other towns five months ago.

Reacting over the coup, chairperson of the African Union Commission, Moussa Faki Mahamat, strongly condemned reports of the arrests.

The chairperson further described the act as coup and appealed to soldiers to cease all use of violence, and asked the international community to oppose any use of force.

The detained President has faced mass protests since June calling for his resignation over alleged corruption and worsening security.

Earlier, the Prime Minister issued a brief statement calling for dialogue and urging mutinous soldiers to stand down.

The United States, France and the Economic Community of West African States (ECOWAS) all condemned the mutiny.