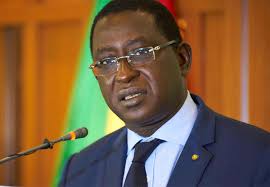 Malian main opposition party, Union for the Republic and Democracy (URD), has alleged that its leader, Soumaila Cisse, as well as eleven other members have been kidnapped by unknown assailants while on their ways to election campaign grounds in the country.

The party explained that Cisse and his party of eleven, who had been expected to arrive at Koumaira Village in northern region of the country, were reported missing after they had not shown up and had also proven unreachable for several hours.

According to the URD Vice-President, Madani Traore, the missing president and his group had not returned as expected on Wednesday and all efforts to contact all members of the team had proven abortive, leading to party conclusion that it was a case of kidnapping.

Speaking to newsmen on Thursday in the country, Traore reiterated that Cisse was a man of punctuality and that it was highly unlike him to be late or missing at an event  where he was expected, adding that the region in which the team had dissapeared was a known terrorist hot bed.

While expressing fears concerning safety of the body’s president and other eleven members, the vice-president called on the Malian government, Military forces, as well as United Nations peacekeeping forces to aid in search and rescue of Cisse and his delegation.

“There has still been no news of him or his delegation, we are worried and ask that all relevant bodies and agencies come together to help find him and his team before it is too late”.