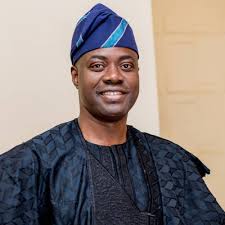 Governor of Oyo State, Seyi Makinde, has issued immediate termination of appointment of his Special Assistatnt on Media, Muritala Olajide Adigun, following a gaffe which the later had committed on the state governor’s twitter handle the day before.

Following a post which was made by the Lagos State Governor, Babajide Sanwo-Olu, showing fumigating equipment meant for use in state-wide sanitation exercise aimed at prevention of further spread of the deadly coronavirus in the Lagos, Adigun had allegedly lifted pictures from said post which were later used in a post where he claimed the equipment had been purchased by the Oyo state government for use.

The incident which sparked fervid debate on the social media website, however culminated in issuance of sack directives for the special assistant by Makinde.

The disclosure was made public on Friday through a released copy of the letter of termination, signed by the Secretary to the State Government, Olabamiwo Adeosun, which ordered Adigun’s immediate removal from his formerly held position of media assistant.