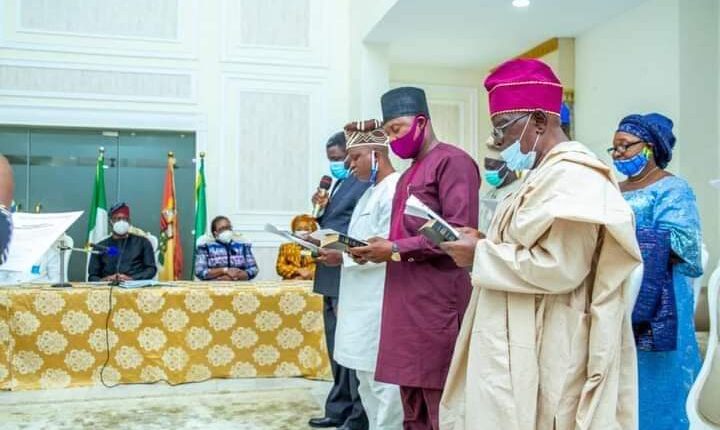 The Oyo State Governor, Seyi Makinde, has inaugurated the state Independent Electoral Commission (OYSIEC) board, with a mandate to ensure an open and independent electoral process in the state.

He explained that the commission would be chaired by Barr. Isiaka Olagunju and have Adeniyi Afeez Babatunde, Ganiyat Saka, Emmanuel Olanrewaju,  Kunmi Agboola, Aderemi Ayoade, Sunday Falana, Adeojo Elias as board members of the commission.

The governor also lauded the timely confirmation of the board members by the House of Assembly, saying the smooth relationship being enjoyed among both arms of government were yielding positive results in the state development.

Speaking during the brief inauguration ceremony on Thursday, Makinde urged the board to restrict all form influence by any arm of government in the discharge of their duties, and that the commission must ensure the conduct of an inclusive election.

Furthermore, the governor tasked the board on a credible Local Government election in across the state during such times when it would be conducted.

The ceremony was attended by the Deputy Governor, Engr. Rauf Olaniyan; the Secretary to the State Government, Olubamiwo Adeosun; the Chief of Staff to the Governor, Chief Bisi Ilaka and other cabinet members, as well as chieftains of the People’s Democratic Party (PDP) in the state led by the party chairman, Kunmi Mustapha.