Youths will get more opportunities if elect president-… 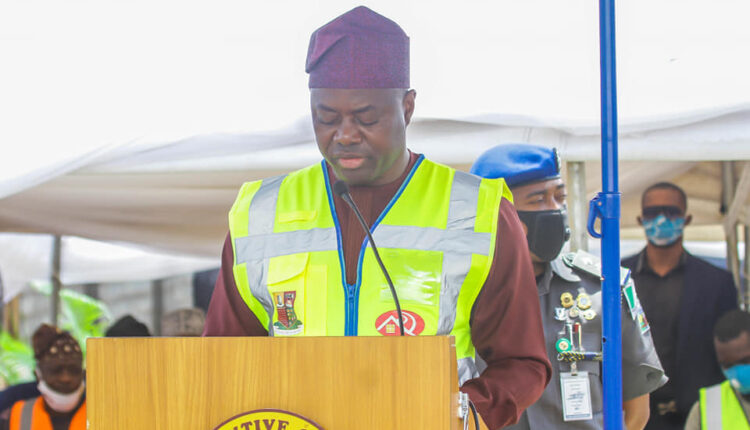 Speaking during the ceremony on Wednesday, Makinde said that the project was in fulfillment of one of his campaign promises and was in line with his administration’s commitment to facilitate private sector driven housing delivery through Public-Private Partnership (PPP) initiatives.

According to him, the government, through the Oyo State Housing Corporation (OYSHC), is providing 13 hectares of land for the scheme, while the developer will solely finance the entire project.

“The project will cost N2.5 billion and, upon completion, the developers will recoup their finances when the houses are sold. We have seen the wisdom of getting developers to commit to projects by using their own monies to carry them out.

“Some people may wonder why we are starting off in Ibadan Zone. Well, the need for an affordable housing scheme in Oyo State is clearly evident. Statistics show that the population of the capital city has been growing at over two per cent since 2018 with a peak of over 2.5 per cent in 2020.

“So, half of the population of Oyo State live in Ibadan zone. But that the project is starting in Ibadan zone, does not mean that it will end here. Our plan is to replicate these housing units in other parts of Oyo state in the shortest possible time,’’ Makinde said.

He assured the people of the state that the Ajoda New Town scheme of the state government and other housing schemes under the supervision of OYSHC across the state would be fully revived.

He called on all interested members of the public, who were desirous of buying land in any of the government schemes, to approach the appropriate government agencies for that purpose.

Earlier, the Chairman of the corporation, Chief Bayo Lawal, said OYSHC’s mission was to provide site and services, undertake provision and development of residential, commercial and industrial estates to members of the public.

He said that the flagging off of the construction of the estate was another giant step by the Makinde’s administration to ensure that people have access to decent accommodation at affordable prices.

In her welcome address, the Managing Director of Remax Realtors Limited, Adefunke Adesoji, said that the 360 units of houses would be ready in the next nine months.