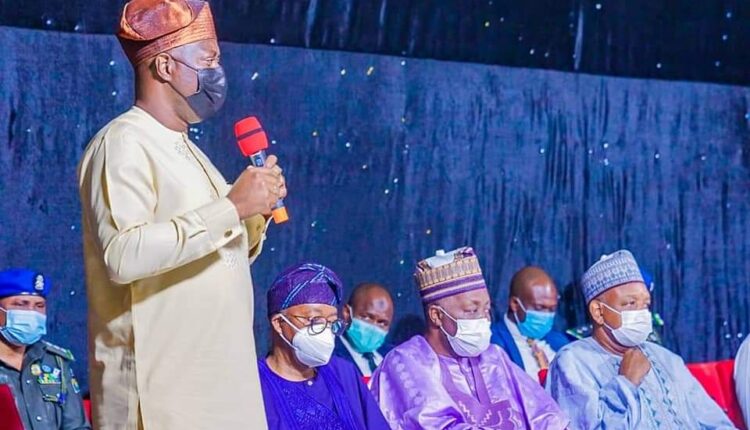 The Oyo State Governor, Seyi Makinde, has faulted the position of Sports Minister, Sunday Dare, on farmers and herders crisis in the state, particularly his allegations that the governor was scared to make a decision that would protect indigenes of his state from attacks.

He said contrary to the minister’s ‘ill-informed’ position on the crisis, his administration would not solve the insecurity challenges in Oyo by backing those bent on taking laws into their hands or carrying out jungle justice against perceived wrongdoers.

Makinde stated that instead of backing a venture that was capable of throwing the country into an ethnic crisis, his administration would rather continue to support the security agencies in the state to do their works effectively.

The governor noted that despite the minister attributing the situation to inactions of a “hesitating fiddling leader”, his government would continue to promote good neighborliness by encouraging the residents of the state to live together in peace and face their common enemies, who are criminals of all shades and tribes.

The governor stated this yesterday in Akure while addressing a meeting of South-West governors, the national leadership of the Miyetti Allah Cattle Breeders’ Association (MACBAN), and heads of security agencies on the insecurity challenges in the South-West geopolitical zone, held at the International Culture and Event Centre, Akure.

The meeting had in attendance Governors Rotimi Akeredolu, Kayode Fayemi, and Gboyega Oyetola of Ondo, Ekiti, and Osun states, while Governors Mohammed Badaru (Jigawa), and Atiku Bagudu (Kebbi) and the national leadership of MACBAN were also present.

A statement by the Chief Press Secretary to the governor, Taiwo Adisa, quoted the governor as saying that his government had foreclosed the option of backing anyone taking up arms against other ethnic nationalities resident in the state in the name of seeking justice, adding that such a step would have dire consequences for the society.

He stated that if the government encourages residents to mete out justice through self-help to any ethnic nationality, due to the excesses of some of its people, it would amount to solving criminality with criminality.

According to Makinde, a lot of people commenting on the security situation in Ibarapa had been displaying ignorance but we will solve the insecurity challenge in our own way by continuing to encourage residents of the state to work and live together and to face their common enemies, who are criminals, kidnappers, armed robbers and bandits from all tribes.

He added that all hands must be on deck to lawfully fight crimes, saying: “We will continue to promote good neighborliness among our people and we will ensure that all of us go after the criminals together.

Makinde warned against some elements seeking political powers at all costs, who he said, have resorted to misinforming the public and causing division among them, calling on such persons to desist from the path, as it is capable of causing tension in the country.

He said: “I can tell you for a fact that when the Kisi area of Oyo State, which shares an international border with the Republic of Benin was invaded, all hands were on deck. MACBAN, Operation Burst, local hunters, and the communities all worked together to clear the bush.

“During my electioneering, a major decision I was going to take was to scrap all the LCDAs in Oyo State and stick with only the LGAs that are known to the constitution of Nigeria. During the campaign, all the people I met at a particular LCDA (I think it is Oriire South) were Fulanis. And they told me I should not scrap the LCDA because it was the only LCDA dominated by the Fulani people.

“After I got elected, I decided I would not scrap the LCDAs again. I didn’t get such knowledge by sitting in the armchair in my house but by going out into the field and interacting with the people. So, when people talk, you wonder if they have done any kind of comparison with what has happened elsewhere in the world. What are we going to do moving forward in Oyo State? Well, the first thing I will say is to tell you the things that we will not do; we will not use criminality to solve another criminality, because of the unintended consequences of such an action; nobody can predict where it will end.

“Once you are drawn out to support criminality, you don’t know where it is going to end. So, what we are going to do is to continue to encourage our people to work together; to face our common enemies – the criminals, the kidnappers, the armed robbers, and the bandits. Those are our common enemies,” the statement quoted him as saying.