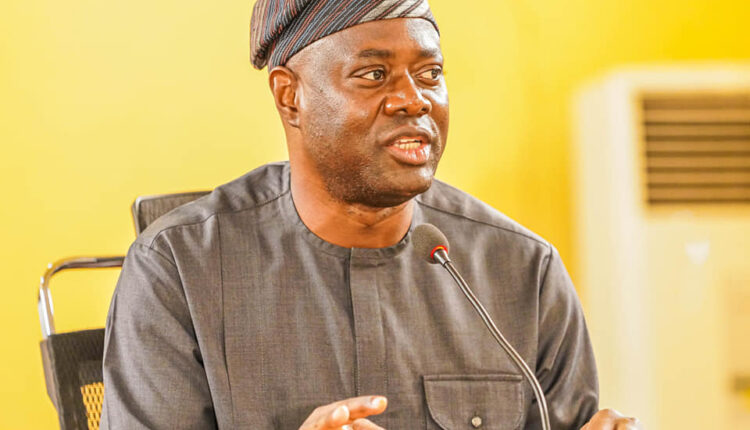 The Oyo State Governor, Seyi Makinde, has urged the National Working Committee (NWC) of the Peoples Democratic Party (PDP) to call its National Legal Adviser to order to ensure rancor-free zonal congresses in the party.

Aside from the request, the governor also informed the NWC that it was time Nigerians begin to see a truly restructure party that was ready to take the mantle of leadership in 2023.

Makinde said that the southwest zone of the party was ready for its zonal congresses, adding that party leaders in the zone were already working towards a united party.

Briefing newsmen on Thursday at the Government House, Agodi, Ibadan, the governor stated that it was important that the southwest should be allowed to conduct its congress around the same time the other zones would be conducting theirs.

According to him, we will explore all avenues that are legitimate to get everyone to do what is right for our party including the National Working Committee of the party.

“The engagement is ongoing with the leadership of the party at the national level. If the rest of the country is having their zonal congress, I don’t see anything that will be different with the South West. But if they are toeing the path of ‘arrangee’, that would mean they are taking PDP back to an era that we should have forgotten about in this country,” he said.

Continuing, he said, “we are ready in the South West PDP to have a congress that will produce the zonal executives that are acceptable to the majority of the people of the South West.

“As the only serving PDP governor in southwest Nigeria and a very interested party in the growth and development of our party, we do not foresee a parallel congress. That is why we are putting members of the National Working Committee of the party on notice that they must do what is right in this instance and I believe they will do what is right”.

Furthermore, Makinde said that the main opposition party must begin adopting alternative dispute resolution mechanisms, particularly in an internal affair, and halt the practice of resorting to a legal route.

“I want to say that PDP has moved from allowing within its fold, reactionary elements to hold sway. Maybe in the past, it was possible for elements within PDP to collude with the National Working Committee to file cases where they are the plaintiffs and defendants. And they also try to corrupt the judicial system in Nigeria.

“That will not be allowed because this is a PDP that is getting ready to take the mantle of leadership in this country. We want to provide leadership that is above board for the country and we cannot be seen within PDP to do something that will compromise any aspect of governance in Nigeria,” he added.