Buhari, Mbaka fell apart after turning down the… 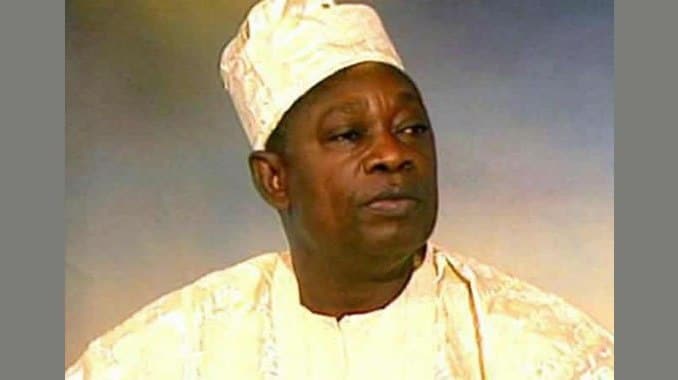 Last weekend, newspapers were filled with crude propaganda on why it is only presidential aspirants of “Southern extraction” who should be allowed to stand elections in 2023, we all know from whom this is coming from.

On this page, we have argued that all Nigerians regardless of their ethnicity or religions have the right to be President in 2023 and all that Nigeria needs is a President that will unite the Country, secure the Land and bring Prosperity. So, the premise for choosing who pilot the affairs of State in 2023, should be clearly based on Nigeria, not about North, East, West, South (N.E.W.S)

The election of Bashorun M KO Abiola on a Muslim – Muslim ticket in 1993 defeating his rival Tofa in his home state Kano, without zoning proves conclusively that Nigeria people are able to accept a good candidate without any Principle of Rotation. Those who annulled the election of June 12 were Army Generals not the electorates .

They had previously cancelled the results of the primary elections of the two major parties, NRC AND SDP then.

If the motives of the military were ethnic, they would not have needed to ban the previous victors Shehu Musa Yar’Adua (SDP), Adamu Ciroma (NRC), head or tail the victor would have been a “Northerner!”

The Nation thought it had exorcised the Ghost of the June 12 imbroglio. When Obasanjo, a President of the” Southern extraction” was elected President between 1999-2007, and Goodluck Jonathan 2009-2015, fourteen solid years, out of twenty-one year experience in the 4th Republic.

It seems desperate politicians, will not cease to invoke new demons to hunt the unity of our Country. It seems they are determined not to allow the polity return to normalcy.

It is obvious that those who control a large section of the Nigeria Media: Electronic, Print and Social media are determined to make the next election not about the agenda for National Security, Economic Prosperity and National unity but about tribal and religious differences.

They now want to officially divide the country between North and South and no longer along states and regions.

Unfortunately, most of the proponents of the ” Southern Presidency or Nothing ” are people who had dubiously laid claim to some higher knowledge and education than the rest of the clan.

These people talk beautifully about American democracy where George Bush senior and junior were Presidents within the same decade but become ethnic bigots the moment they land on Nigeria soil.

Some have citizenship of America.

Since these folks are unrelenting, it is important that we even debate their points.

The first plank of their argument is what they called an agreement between the North and the South that produced President Obasanjo in 1999.

But this is false as in that same 1999 convention of the PDP, Alhaji Abubakar Rimi from Kano contested against Chief Olusegun Obasanjo at the Jos Presidential primaries of the PDP.

Also, in the 2015 Presidential primaries of the APC, Owelle Anayo Rochas Okorocha was a Presidential aspirant before Buhari won.

So, if the APC truly agreed that it was the turn of the North , why did Rochas contest?

Another argument related to this one debunked above, is the argument that once a party zones the chairmanship to the North, then Presidential candidates must come from the South. This also is false.

In 2015, at the APC convention where Rochas was an aspirant, the APC National chairman was from the South ,Chief Odigie Oyegun.

One of the commentators at the weekend added insult into the injury, in order to justify the claim of the existence of rotatory agreement in 1999.

According to him, one of the reasons, why Chief S.B. Awoniyi, a Yoruba from Kogi state, geographical North Central was denied the PDP chairmanship in the PDP 1999 National convention, was because Obasanjo a fellow Yoruba from the South was President despite Chief Awoniyi’s competence.

So in the “New Nigeria” that these ethnic bigots advocate, a Yoruba from Kogi, and Kwara cannot then be party chairman not to talk of been President.

In the Northern Nigeria which these people denigrate, the Yoruba of Kogi and Kwara could be everything.

The same Chief Sunday Awoniyi was perhaps the most influential public servant when Sir Ahmadu Bello was Premier of Northern Region and the Prime minister that the NPC produced was of Gere tribe, a minority tribe from Bauchi state, he was not a Fulani, he was not Hausa.

In this new “Just and equitable Nigeria” where power will be rotated between the South and the North, the Minorities of the North will be technically disqualified from been President or Vice President.

I am a Nigerian of dual parentage, my Father Hausa Muslim, my Mother yoruba Christian.

I grew up in the political Region now known as North Central where I do my politics. I contested to be President in 2019, I am persuaded of my qualification to be a good President and one who will be fair to all ethnic groups, and build a secure and prosperous Nigeria.

If I choose by the grace of God not to run in 2023, it will not be because it is the “turn” of the South to produce the President. It will be for other reasons that will be prayerfully considered when the time comes.

For now, let it be known that where I stand on this matter is, that any Nigerian that fulfills the constitutional requirements regardless of tribe and religion, who is interested in contesting for the President should feel free to run!